The Ghana Police Service has engaged with political parties, including the NPP, CPP and PPP in the IGP’s series of dialogues with stakeholders of the November 7 general election.

The parties took turns to meet the Police Administration to discuss their concerns and challenges, and the way forward.

The dominant issues that ran through all the engagements include Police neutrality, handling of electoral offences, political party vigilantism, and invasion of polling stations by executives of political parties.

Others are the use of abusive and inflammatory statements by the media, lack of effective public education, neutrality of the Electoral Commission, and the need for transparency in all the electoral processes among others.

The Inspector-General of Police, Mr. John Kudalor, assured the parties and the entire country that the Police would endeavour to remain neutral and impartial, and enforce the law to the letter without any fear or favour. He also reiterated his call on the political parties to discourage the activities of thuggery and vigilantism, as the Police would not entertain them.

Whilst the Acting General-Secretary of NPP, Mr. John Boadu, assured the Police of the full co-operation of his party in the atmosphere of fairness and impartiality, Nii Allotey Brew Hammond, the Chairman of the PPP, called on the agencies involved in the electoral process to commit to their responsibilities, as the process is an integrated affair.

On his part, the Greater Accra Regional Secretary of the CPP, Mr. Matthew K.O. Boadu, asked the Police to watch abuse of incumbency on the part of government functionaries who also stand for election, adding that his party would not do anything to comprise the integrity of the election.

Present at the dialogue session were members of the Police Management Board [POMAB]. 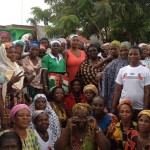 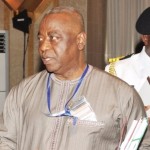