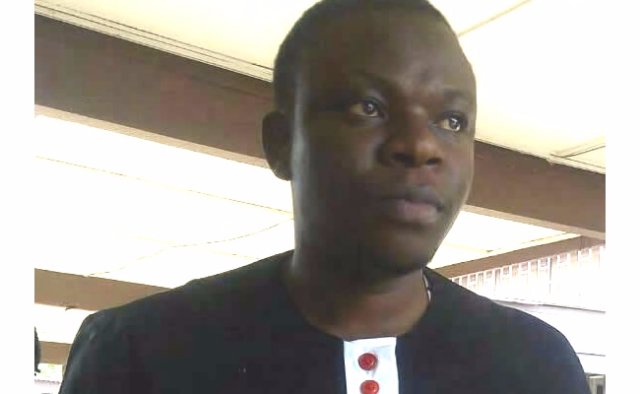 Francis Gbeneh, the teacher mistaken for a robber and shot lay supine at the Mampong Government hospital. He felt a spreading numbness through his leg, through his thigh. It was heading for his heart.

Sensing that certain death was closing in, he mentally sized up his priorities and reduced everything that matters to his wife and daughter.
“Tell my wife I love her and my daughter too”,his last words before life timed him out. The breadwinner was gone because another breadwinner, policeman mistook him for a robber.

Francis Gbeneh, 33 and his brother Timothy Gbeneh, 28, were responding to an SOS from a female teacher on the Mampong Midwifery campus where robbers had reportedly targeted.

Chivalrous inclinations awakened, a hero instinct tickled, a rush of adrenaline must have flashed through their blood as they hopped onto a motorbike and sped off to help.
A policeman struggling to come to terms with the word ‘professionalism’ saw no need to shoot to injure the ‘robbers’.

“According to the men who were on the patrol, when they got to the scene they were told the robbers had taken a particular route so as they negotiated a curve they saw a motorbike take off with speed so they tried to stop them, thinking they were the robbers but they didn’t stop.

“They pursued them for some time and the pillion rider turned, so when he turned, they mistook the turning and because he was holding something that appeared to be a weapon, they thought he was turning to shoot them so they shot at them.” Ashanti Police PRO Yusif Tanko explained to Joy News.
A horrendously unexpected error has turned a wife into a widow before sunrise Tuesday.

Francis is no great man by today’s crass standard. But you would not know if you visited the Mampong Government Hospital. A great crowd of teary-eyed students who are on vacation had virtually laid siege there.

Those who know him say, Francis has the mentality of humanitarian aid agency. This is biblical good Samaritan with a chalk in class.

He has helped students from the Northern region gain access to post-secondary education. He even has students in need living with him, Joy News Ashanti regional correspondent Ohemeng Tawiah reported.
Helping those in need is his first instinct – and tragically it has become his last.