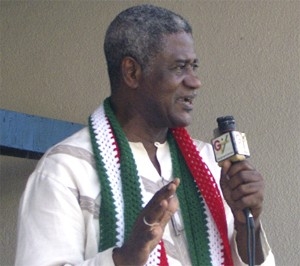 The PNC had to reschedule its National Delegates’ Congress from October 9-11, 2015 to November 27 – 29, 2015 to enable it to organise outstanding conferences in some regions on or before October 30, 2015 as that forms a very crucial part of the processes towards the congress.

The National Executive Committee (NEC) of the party met at the party’s headquarters to deliberate on a variety of issues including preparations towards National Delegates’ Congress.

Consequently, NEC approved of nomination for national executive positions to be opened on November 2, 2015 and close on November 7, 2015.

Vetting of all aspirants would also be held between November 9-12, 2015. Also, NEC formed various committees that would organise and superintend activities leading up to the Congress.

According to a statement signed by the General Secretary of the PNC, Bernard Mornah, it is the expectation of NEC that all stakeholders in the process will take keen interest in these decisions and work assiduously to put the party on a sound footing going into Election 2016.