As Okowa relocates to Warri

WARRI—OPINION leaders and Ijaw ethnic nationality groups in Delta State, yesterday, faulted the statement by the Commander of the Joint Task Force, JTF, Major-General Alani Okunola, that community leaders would be held responsible for attacks on oil facilities by militants.

Rather, the community leaders said the JTF commander should hold his men paid to protect oil facilities in the Niger Delta, liable.

Meanwhile, Governor Ifeanyi Okowa, temporarily relocated from Asaba, the state capital to Warri, during the week, over the bombing of crude oil and gas pipelines in the creeks of the state by militants.

While in Warri, the governor, held security meetings with security chiefs from the Army, Navy and Police among others at the Government House Annex.

A government source told Vanguard: “All the security chiefs are in Warri because of this matter. It is very important because if the crude oil and gas pipelines are blown up, the whole country will be in a total mess economically.”

Meanwhile, prominent Ijaw leader, Chief Beck Hitler, has appealed to the JTF not to attack Ijaw communities and innocent indigenes while searching for suspected militants who blew up pipelines in Warri South-West Local Government Area.

Hitler, in Warri,  also condemned the acts and appealed to the militants to stop destroying oil facilities in the state, adding that whatever reason they may have for the act should be discouraged as blowing up or destroying oil pipelines could only worsen the hardship being faced by the people in riverine communities.

He noted that what the militants and leaders from the Niger Delta should be concerned about now was how to attract foreign investors to build  factories in the region to create employment for the ex-militants, youths and graduates.

Also affected was an All Progressives Party, APC, chieftain and popular Itsekiri business mogul, Chief Ayiri Emami, who told Vanguard that nobody prevented him, as he had no intention of going with the team in the first instance.

Chief Emami had on Sunday joined the Commander of the JTF,  Maj-Gen. Okunlola, to the bombed site at Egwa II, Warri South-West LGA.

He told Vanguard on phone: “I did not prepare to go with them. I did not even dress to go with them. I only came to see the top military officers that came and from what I saw, I can tell you that they are ready to work and fish out the perpetrators.”

Agas and Tonwe, a former chairman of Warri South-West were part of the official Delta State Government delegation to accompany the minister on the inspection, but the Chief of Defense Staff, Major-Gen. Abayomi Olonishakin, ruled them out.

The two top government officials had joined the military chiefs to receive the minister when he landed at Osubi Airport in Warri, but were jolted when the military turned them back at the Nigerian Navy Ship, NNS Delta, from where the minister took off to the creeks.

Contacted, Mr. Tonwe said on phone that nobody barred him and the SSG from joining the team of the Minister of Defence in the inspection.

He said that their assignment was to receive the Minister at Osubi Aiport and stop thereafter at the NNS Delta.

Chief of Defence Staff, CDS, Maj-Gen. Olonishakin, who explained the military decision, said: “This is purely a military assignment. Apart from the press, no other person should join the boat.”

Meanwhile, Defence Minister, Dan-Ali, has said that government would deploy more equipment to boost the operations of security operatives in the zone and facilitate quick arrest of the criminals.

Also, National Chairman, Host Communities of Nigeria Producing Oil and Gas, HOSTCOM, Prince Mike Emuh, has called for a halt to the current bombing of oil installations in Delta State.

He said: “HOSTCOM as a critical stakeholder in the oil and gas sector of the Nigeria economy sees the current happenings as uncalled for and unnecessary when there are no known issues between the government, the oil multinationals and the youths of the Niger Delta.”

HOSTCOM said destruction of pipelines was “An attempt by a few disgruntled elements in our midst to instigate an unimaginable crisis in the Niger Delta region.

“The Muhammadu Buhari  administration must be given the needed support to captain the ship of the nation to a safe harbour, so that the numerous promises of the Federal Government can be actualized,” he added.

National president of National Council of Niger Delta Activists, Alhaji Yusuf Eregbene, urged the perpetrators to sheathe their swords, but warned that President Buhari may trigger off a new wake of hostilities if the military continues the onslaught on defenceless communities in their search for militants.

He said that there was no need for the court to issue a bench warrant for Tompolo’s arrest since he was already in court with the EFCC, which instigated the order. The group advised the president to use diplomacy and not allow some APC leaders to mislead him.

Spokesperson of IYC, Eric Omare, in a statement, yesterday, said: “We fault the threat by the JTF to hold community leaders responsible for attacks on oil facilities and wish to alert the world of the impending attack on innocent Ijaw communities and people by the military under the guise of looking for suspected bombers of oil facilities.

“The Commander of the JTF, Major General Okunola, during his visit to sites of bombed pipelines on January 17, 2016, threatened that the military would hold community leaders responsible for the attacks and called on them to produce the attackers.

“To confirm his threat, officers of the JTF went to Abiteye community in Gbaramatu clan on January 18, brought members of the community together and asked them to produce the vandals.

“We consider the JTF’s position as unjustifiable and a deliberate strategy to invade and burn down Ijaw communities and arrest innocent Ijaw leaders.” 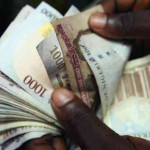