VIBRANT Itsekiri socio-cultural group, Movement For the Protection of Iwere Homeland, Development and History, MPIHDH has flayed attacks on the Akulagba of Warri, Chief Ayirimi Emami by the Iwere Peace Movement, IPM and Ijaw group, Izon Okosu Otu over Chief Emami’s intelligence in helping the military track those behind the bombing of vital crude oil and gas pipelines last week in Warri South-West Local Government Area of Delta State.

In a press statement released Thursday January 21, 2016 in Warri, National President of Movement for the Protection of Iwere Homeland, Development and History, James Aderojor Ereku, described advertorials credited to IPM and Izon Okosu Otu condemning Chief Emami’s noble gesture as “a veiled attempt to send a false signal that the Itsekiri nation was against the patriotic actions of Chief Ayirimi Emami.

The group sought to know where Izon Okosu Otu and IPM were, when “an ex-militant threatened to kill Itsekiri if our land was not named Gbaramatu for his deep-sea port and where they were when the ex-militant and his men held about nine Itsekiri youths and professional media practitioners, who were coming from Ugborodo for a legitimate assignment.”

It stated: “No one is bigger than Nigeria, No militant or former militant is bigger than the law and those who feel that giving information to assist government in tracking down criminals is bad are themselves criminals,” adding that “Chief has our full support in his intelligence assistance to the military to track the pipeline saboteurs.” 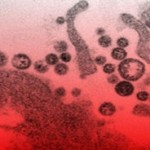