Ijaw leader and former governorship candidate in Delta State, Chief Afro Biukeme, has warned that the Ijaw and Itsekiri were not ready to be involved in a fresh crisis over the recent pipeline bombings by suspected militants in Warri South- West Local Government Area of the state.

Biukeme, in a statement yesterday in Warri, said that most victims of the then Warri crisis have not recovered from the losses they suffered, therefore, any individual or group instigating a fresh crisis must desist forthwith.

He said: ”As leaders, we should be concerned about how to proffer lasting solutions to the continued sufferings faced by our people because many of our Ijaw and Itsekiri riverine communities are lacking basic amenities such as roads, potable water, schools, hospitals, among others”

Biukeme also expressed dissatisfaction over the inability of Delta State Government to provide adequate security for lives and property in the state, as the cases of kidnappings, killings and robbery were threatening the peace and economic development of the state.

He also called on militants in the state to desist from further bombing and destruction of federal government’s assets, but should express whatever grievances they have legitimately to sustain the prevailing peace in the region. 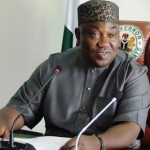