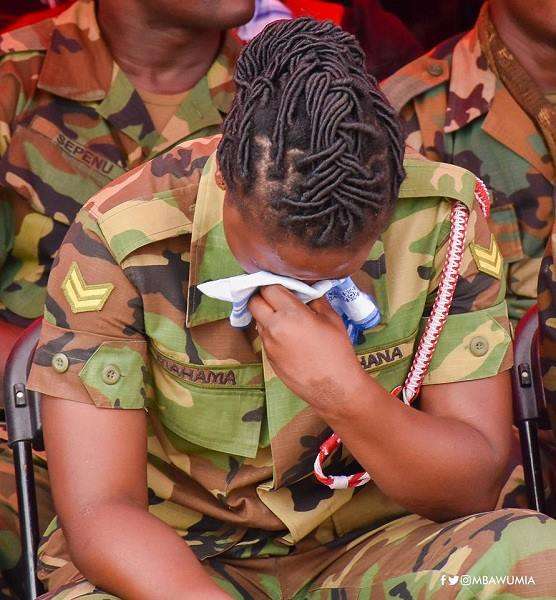 Officers of the Ghana Armed Forces bade an emotional farewell to Major Maxwell Adam Mahama on Friday as the slain soldier was laid to rest.

The officers, in their hundreds, thronged the Forecourt of State House for the state-supported funeral, to pay their last respects to the soldier.

The men and women in uniform known for their bravery could simply not keep their emotions at bay as they broke down in tears.

They wailed for their colleague who died while on military detachment in a town in the Central Region. Maxwell Adam Mahama was lynched on Monday, May 29, 2017 by residents of Denkyira Obuasi on suspicion that he was an armed robber.

One photo stood out at the funeral grounds and it’s just heartbreaking.
This rare photo of a soldier crying is going viral and it’s heartbreaking