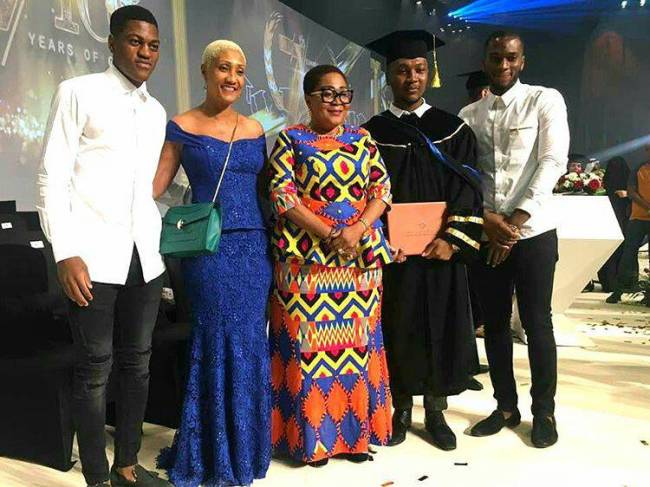 Although the former President could not be present at the graduation ceremony he took to social media to express his joy and congratulate his son for successful completion of his University education.

Mr Mahama who was in India to address the African Development Bank Annual Meetings was represented by his wife, Lordina Mahama and their other two sons.

The 23-year-old Sharaf is also a talented footballer and was reported to have been signed a professional contract with Belgian side KV Mechelen, last year.

Below are some photos from his son’s graduation: