The whole of the Yendi enclave was today thrown into a state of joy immediately the President touched the land and ensuring sanity amongst the charged crowd became extremely difficult.News gathered from people from both sides of the gate suggest that the euphoria,the joy and the ignited fire began last week when news reached them that the President will visit the place as part of his campaign in the Northern Region.

I was not there only to cover the political stories,but also to find out how our folks are cooperating after the restoration of peace to the area.What we were told by folks from both sides was that,they are fed up with the unnecessary attacks on each other and per what the area has seen in terms of development these few years of Mahama,they’ve come to value peace than other other thing.For the first time in decades,youth from both sides visit go to any of the zones without fear of likely attack and the more shocking revelation is that most of the youngmen who hitherto acted as agents of the Npp have crossed carpet to the NDC and a short ceremony was held to formally accept them.

Nana and his group went to Yendi with the old primitive idea in mind but were disappointed.The leader of the Abudus himself had earlier on conferred with the President on matters bothering total peace and development.When Nana appeared before the Regent of Dagbon and his elders,he said and I quote

“Your father was my friend so cannot be part of those who orchestrated his death,I have come here to receive your blessings because instinctively I am of the conviction that your endorsement will definitely ensure my victory ”

“I am supposed to accept all persons who appear before me.My problem is about unreasonable promises by our politicians.If I have bought my bag and holding it,you don’t go promising others that you will give to them my bag.Promise things you know have the wherewithal to fulfil” end of quote.

You see,the Yendi issue is one terrible issue politicians must avoid mischievous agenda to invite back.Apart from the main Yendi issue,the various stools under the Kingdom have had their issues which contributed to stagnation in terms of development in the area.

Acheampong ordered with immediate effect the seizure of various properties of the Zabzugu (Yelizoli ),Tugu and Sang skin properties by the then Chief executive, Yendi, from Alidu Andani, Issahaku Alhassan and Alhassan Ziblim or anyone who was in possession of those skin properties.At a point the Government through the Chief executive had to invoke Chieftaincy Act 1971 (Act 370) or any other enactment to the contrary,to take possession of the Nyolugu,Lamashegu and Zongu skin properties immediately from Salifu Yakubu, Seidu Abukari and Adam Sulemana.A special inventory were made to be prepared by the Chief executives.These were part of the cleverly packaged measures Acheampong took to restore peace in the area after Busia,Edward Akuffo Addo and their cohorts had created artificial tension in the area.Talk to the youth in the area and will understand why the paradigm shift from the previous primordial concept.It will interest you to know that for the first time we had Abudu motor-riders joining the party’s escort team.

The Young folks countered with their fingers the many projects going on in their town after smoking the peace pipe.One Alhassan Mahamadou a known Npp youth who years ago led the anti-Adani revolution in the town,narrated how the attacks affected them as young folks and the town in general,the curfews,the fear to enter the other’s zone etc.He asked me if I know of any significant the Npp in their eight years did for the Abudus or even the Adanis.He told us he was among the young guys who nearly lynched the Npp parliamentary candidate for disrespectfully question the Abudu leader why he accepted the gift from Government.He used his situation to justify his action telling us that he is putting up a story building at Sang through through the employment offered him by contractors working on the eastern corridor roads.

The unity colours became brighter through shouts at the palace when the President announced that Government is going to expand the Yendi Hospital,start vigorous water expansion projects across the zone,tractors for our farmers,schools and roads as well as job opportunities for the youth through the Youth Employment initiatives. 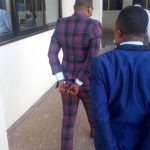