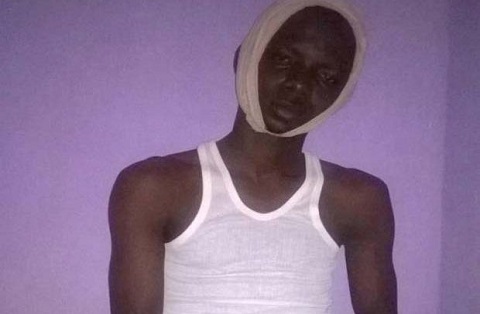 Kwabena Akyereba, the Northern Regional correspondent for Peace Fm, who was knocked down by a vehicle in Tamale, has called for support.

According to him, he was suffering due to his inability to purchase the prescribed drugs to help him recover.

He said that he had been neglected by key personalities who ought to have responded quickly to lessen his plight.

“I beg friends and sympathizers for help daily, and things are really difficult for me. The drugs I buy are very costly. I find it difficult getting money to buy food to eat. I don’t know whether the MTTU police personnel took the damaged motorbike to their directorate or not. I can’t find my phone and recorder.”

The journalist praised God for having mercy on him, and appealed to well-meaning and philanthropic Ghanaians for support.

Mr Akyereba, who spoke to colleague journalists after he was discharged from the Tamale Teaching Hospital (TTH), narrated that an unidentified vehicle on the Gumani-Boligatanga Road knocked him and dragged him into drain and hurriedly sped-off.

“I was returning from a community where I went for a social story, apart from that I can’t tell what really happened. What I know again is that a good Samaritan rushed me to the hospital, and made the necessary arrangements for my medical healthcare. He paid for my drugs and other health related issues.”

Kwabena said aside the vital support of a Good Samaritan, he has been left to his fate in the house since he was discharged from the hospital.