ABUJA — AHEAD of the national convention of the Peoples Democratic Party, PDP, slated for March this year, strong indications have emerged that the alleged endorsement of Governor Ibrahim Dankwabo of Gombe State as the Presidential candidate of the party was at the moment causing strong division in the party, especially in the North East geo-political zone of the country.

A source told Vanguard that following the recommendation of the PDP post-election assessment committee headed by Deputy Senate President, Ike Ekweremadu, recommending that the north should produce the Presidential candidate for 2019, which was immediately endorsed by the National Working Committee, NWC, some powerful stakeholders of the party with Dankwabo were said to be pushing for the north, especially the North East, not getting the position of national chairman.

Meanwhile, leaders of PDP in the North-East will meet in Gombe tomorrow to endorse a new national chairmanship candidate to replace the former National Chairman, Alhaji Adamu Muazu, from Bauchi State, who resigned following the defeat of PDP at the presidential election.

According to a source, Governor Dankwabo is said to be kicking against the idea of a northerner becoming the party national chairman because of its possible consequences for his 2019 presidential ambition.

It was learned that tomorrow’s meeting in Gombe is expected to determine the fate of the party organs’ meetings, including the national caucus, BoT and National Executive Committee (NEC) slated for this week to discuss the forthcoming national convention, may end up being a platform for Dankwabo to begin mobilization for his ambition.

The NWC has fixed its national convention for March, awaiting for approval by the National Executive Committee, NEC, where new members of its NWC would be elected.

“He is not sure whether if a northerner is chosen as the chairman, be it temporary or not, if that person will agree to step down. He does not want that to scuttle his ambition,’’ the source said.

According to the source, Secondus is not insisting on remaining in office as acting national chairman but is being kept on by Dankwabo because he was more comfortable with him.

Fears were now being expressed within the PDP that the fate of the convention now rests with what Governor Dankwabo decides to do.

But in his reaction, spokesman of the governor, Junaidu Usman, who spoke on phone, noted that Dankwabo was yet to express interest in the 2019 race, but was more concerned about rebuilding a viable PDP.

According to him, even though the governor has the credentials to be president, given his outstanding performance as governor which earned him a re-election in the face of Muhammadu Buhari’s “tsunami” in the north, he has not told anybody that he would run for the post in 2019.

He said: “All I know is Governor Dankwambo, Talban Gombe, is among the leading figures who want the best for PDP. Talban Gombe wants it to stand up to its responsibility of a sound and formidable opposition party.” 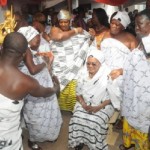