UMUAHIA—MOVEMENT for Abia Reunion, a strong political structure of the Peoples Democratic Party, PDP, in Abia State, stormed Government House, Umuahia, in solidarity rally to support Governor Okezie Ikpeazu over his sack by the Court of Appeal, Owerri. Also, hundreds of Abia women and youths held peaceful protest against Court of Appeal just as the Ukwa/Ngwa Council of Elders/Traditional rulers has pledged to fight what it called judicial injustice.

Meanwhile, the All Progress- ives Grand Alliance, APGA, whose candidate, Dr. Alex Otti, was declared winner, held what they called a “victory rally” in Umuahia, where they described the Court of Appeal judgment as “victory for democracy, development and progress for Abia State.”

The rally by supporters of the party from the 17 local government areas of the state was led by the state Chairman of the party, Rev. Augustine Ehiemere. According to them, the rally was to thank God for the judgment.

They marched through major streets of Umuahia, displaying placards some which have inscriptions such as “Abians are free from economic bondage,’ ‘Bye-bye to unemployment in Abia,’ ‘Alex Otti, Abians are proud of you,’ ‘Join us celebrate Alex Otti,” among others.

The women and youths in support of the Peoples Democratic Party, PDP said they were dissatisfied with the judgment of the Appeal Court in Owerri, and urged the Supreme Court to reverse it. 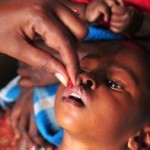 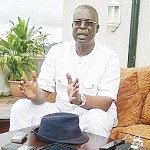