Renowned journalist and board member of the newly constituted National Communication Authority (NCA), Paul Adom-Otchere has been accused of accepting a bribe from the ruling New Patriotic Party (NPP), to ”distort Ghana’s history”.

He was lambasted by some individuals for distorting Ghana’s history but the ace broadcaster on his Good Evening Show some few days ago insisted that, Nkrumah never won a presidential election.

“A plebiscite was held in April, and the people were asked, firstly, if they accepted the Constitution contained in the White paper, and, secondly, whether they supported Nkrumah or Danquah for president.

In both votes Nkrumah and the constitution were supported by over one million votes to about 130000’’, he said.

Meanwhile, Koku Anyidoho is alleging that Paul Adom-Otchere has benefited financially from the ruling party hence the attempt to ”distort Ghana’s history”.

He described the action by Adom-Otchere as an embarrassment and has advised him to desist from repeating such a mistake.

He should remain quiet and spend the money he has received from the ruling government quietly, he said.

The history of Ghana’s march to independence is one topic that continues to divide the country especially among members of the governing New Patriotic Party (NPP) on one hand and National Democratic Congress (NDC) and Convention People’s Party (CPP) on another.

The ruling party holds the view that Ghana’s independence history will not be complete without the contributions of Dr J. B. Danquah, Paa Grant and the other members of the United Gold Coast Convention (UGCC).

But Koku Anyidoho says no attempt by the NPP to distort Ghana’s history in favour of JB Danquah will hold any water. 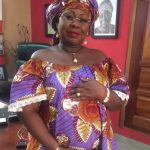