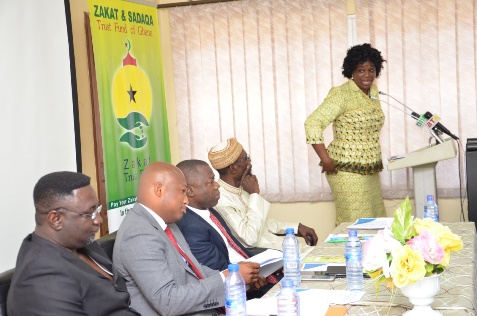 The Deputy Minister in charge of Tertiary Education, Samuel Okudzeto Ablakwa, has inaugurated a partnership between the Students Loan Trust Fund (SLTF) and the Zakat and Sadaqa Trust Fund (ZSTF).

Speaking at the press launched of the partnership, he commended the Students Loan Trust Fund (SLTF), for making a leap into another milestone of partnership to assist Muslim Students to achieve higher education.

Recounting on recent past events, he said the partnership achievement is worth it, since some sect of Muslims in other jurisdictions are fighting in the name of getting rid of what they perceive to be “Western Education.”

He added, “Government’s partnership with religious bodies is to foster the education of Ghanaian children”.

The Deputy Minister mentioned that the purpose of the partnership is also stipulated in the Constitution of this country in Article 25 for which he talked about the Free Compulsory Universal Basic Education (FCUBE), which has become a major topic for discussion on most media platforms and as political parties also chance upon during elections periods.

He however, stated that people tend to forget the clause (C) of Article 25, which state, “Higher education shall be made equally accessible to all, on the basis of capacity, by every appropriate means, and in particular, by progressive introduction of free education.”

He then mentioned that it is a policy that fees should not go up for more than 10% after an academic year but instead of tertiary education becoming progressively free, down to the ladder of achieving the free status of tertiary education, it is rather becoming more and more expensive, increasing the burden of prospective enrollment to potential tertiary candidates.

The Deputy Minister recalled an incident of a Senior High School leaver who had 7As and 1b but could not afford to buy university forms even after one year of leaving SHS, just to realise his dream of becoming a medical doctor, hence, the need for this and other forms of partnerships to assist Ghanaian children to be enrolled in tertiary education.

Giving the statistics of 7million children in primary schools, 3million in Junior and Senior High schools and another set of million tertiary students who are in dire need of help to go through education, he stated that the burden is of not only the government but also individuals as well as corporate organisations, putting their strength together to help those who need the assistance.

To make sure that such huge human investment is not wasted, the Deputy Minister, Samuel Okudjeto Ablakwa, called on the management of the Zakat and Sadaqa Trust Fund (ZSTF), to collaborate with the Ministry of Education in deliberations to deal with the issue of radicalism by terrorist groups like the Islamic States in Iraq and Syria (ISIS) which siphons the human resource of the country and turn them into something else, which will waste the efforts of all these institutions.

She added, “This will trim down and level the obstacles of potential beneficiaries as they do away with the burden of guarantors.”

She said in order to deal with the issue of poverty, there is the need to look at the educational development of people for which reason she said this partnership seeks to do that.

Mrs. S. N. Boamah, stated that partnerships of such nature is needed to raise the current tertiary enrolment from 13% to the required targeted percentage. She however called on the media to help disseminate the activities of the Students Loan Trust Fund (SLTF) for better understanding to the potential beneficiaries.

The Board Chairman of the Students Loan Trust Fund (SLTF), Andy Okrah, stated that in the eyes of the fund, defaulting after being empowered is unpardonable for which reason he said, “The requirement of a guarantor is a requirement by law and it cannot be scrapped as it is a control measure to trace the background of beneficiaries.”

He added that the objective of the partnership is to recover all funds disbursed to beneficiaries, which the loan scheme would not compromise.

The Chief Executive Officer for the Zakat and Sadaqa Trust Fund (ZSTF), Sheikh Aremeyaw Shaibu, commended the management of the Students Loan Trust Fund (SLTF) for doing due diligence to ensure the partnership between the two parties.

He said the Zakat and Sadaqa is a twin concept to help the needy and bring hope and meaning to the lives of those who really need help, giving account of the number of people who on a daily basis visit his office for help to continue school to the higher level.

Sheikh Aremeyaw Shaibu mentioned, “I consider this partnership as the second tier for which the first tier is the help offered by the Zakat and Sadaqa Trust Fund (ZSTF) to Muslim Students to enter tertiary institutions but now, the Students Loan Trust Fund (SLTF) will help to carry the burden of paying for the beneficiaries throughout the tertiary education.”

Giving his promise to the management of SLTF to make sure that the partnership will work, he assured them that the Zakat and Sadaqa Trust Fund (ZSTF) would make sure those beneficiaries to the fund repay all amount they are supposed to pay for others to also enjoy.

The Board Chairman of the Zakat and Sadaqa Trust Fund Alhassan Andani (MD, Stanbic Bank), mentioned that though the partnership has been long in coming, it will help to give legal identity for the beneficiaries to access the loan.

He added, “Creation of wealth is by empowering the young through education and to do this is by giving them a legal representation to access the fund.”

He said, most of the vices that do occur are mostly found in areas where education is very low, hence, the aim of the partnership, to solve some of these issues.

He however mentioned that every Muslim child who benefits from the would be obligated morally and legally to pay back the loan for others to also benefit from it. 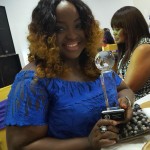