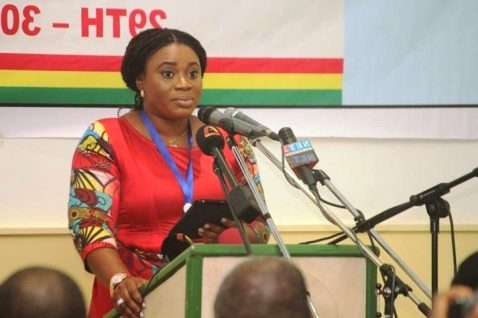 The Chairperson of the Electoral Commission (EC), Mrs Charlotte Osei, has said that various political groupings in the country must agree on a feasible system that will not place minor parties at a disadvantage before the Representation of the People Amendment Law (ROPAL) can be implemented.

The law was passed in 2006 and the Supreme Court further emphasised in its ruling on the 2012 presidential election petition that the EC must make provisions for Ghanaians abroad to vote, but failed to lay out a specific roadmap for its implementation.

In an interview with Samson Lardy Anyenini on Joy FM’s Newsfile, a current affairs programme, Mrs Osei said on Saturday January 9 that “even though the law has ruled that we do it, political parties should be part in taking the decision, otherwise if care is not taken, for example, if there is voting in Germany and party agents are not there, the smaller parties will come and tell you that they will not accept the results”.

Asked if Ghanaian embassies in foreign countries cannot handle the electioneering process, the EC chair underscored that it will be a tough task adding that the cost involved should also be considered critically.

“Are you sure that will work?” she asked, intimating that “we can say that now but try implementing it [and it will be difficult]. We really have to work out the modalities and then you also have the budget,” she explained.

The former boss for the National Commission for Civic Education also pointed out that all political parties are actively involved in the electoral process, and an extension of the scope to foreign countries should not affect the contributions of the parties.

She explained that for the roll-out of the Act to succeed, a number of conditions will have to be met. “Political parties are there during the printing of ballot papers. When you bring the ballot boxes, they are there to ensure that it is empty and there are seals on the ballot boxes just like that of the EC. When it is time to count they remove their seals. A system like that is very inclusive and you do not want to water it down in any way when you are expanding it outside the country so it’s a lot of planning,” she added.