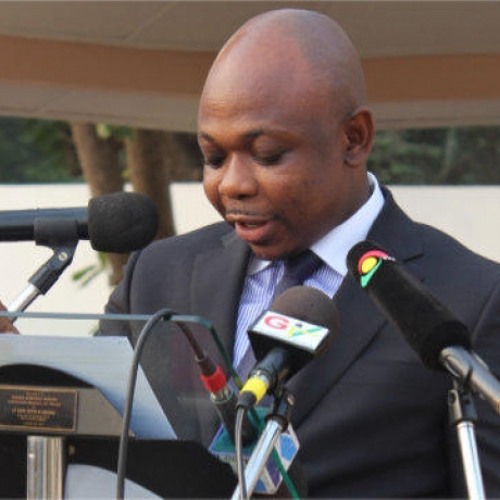 Parliament will carry out a separate probe into the alleged assault on the Citi FM journalist, Caleb Kudah, by operatives of the National Security Ministry, that’s the assurance by the Ranking Member, Parliamentary Select Committee on Defence and Interior.

According to James Agalga, although the ministry whose operatives have carried out the alleged assaults on the journalist has said that it is investigating the matter, the legislature must do an independent one for the sake of transparency and accountability.

The former Deputy Interior Minister disclosed this while speaking on Joy FM on Saturday, May 15, 2021.

“I have always maintained that in the name of transparency and accountability, we need separate institutions of state to investigate the state security apparatus whenever it is accused of certain infractions. So, I wish that we have some independent institution of the state taking up this matter. Parliament comes in handy in that regard,” he told Evans Mensah.

Since the announcement by the Ministry of National Security that it has initiated investigations into the widely condemned alleged assault, many people have cast doubt on the transparency and genuineness of the outcome of the said probe. Some have suggested that an independent body does the investigation, a suggestion Mr Agalga agrees with.

“So, whether the National Security Council Secretariat itself investigates the manner of arrest of the Citi FM journalists or not, Parliament will not be derelict. We would also carry out our own investigation and establish the truth or otherwise of the allegations that we have all heard and are talking about,” he stated.

The officers again invaded the offices of Citi FM and Citi TV while armed to the teeth, to arrest his colleague Zoe Abu-Baidoo to whom he was alleged to have transferred the footages.

The invasion was done in a manner described as ‘Rambo style’ without recourse to the management of the media firm.

The Ministry of National Security subsequently said that it has initiated investigations into the alleged assault on the two, Caleb Kudah and Zoe Abu-Baidoo, during their arrest and interrogation.