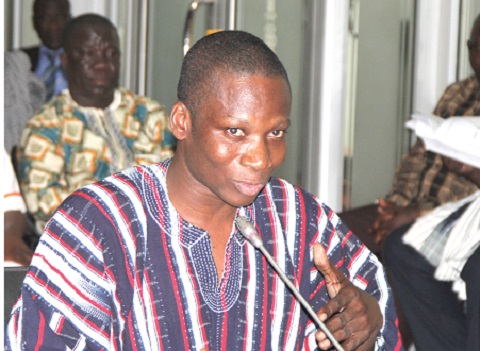 Parliament has gone on recess without clearing John Oti Kwabena Bless as Deputy Minister of Local Government and Rural Development.

The Speaker of Parliament Edward Doe Adjaho has directed the Deputy Local Government Minister-designate, John Oti Bless to apologise to the Chief Justice for the derogatory comments he made about her.

Mr Adjaho said he was expecting an apology from the nominee but since he had not received a copy of the apology or had any indication of it being rendered in the House before it went on recess, he has deferred putting the vote on his nomination at the next meeting of Parliament.

Parliament yesterday (August 4) approved the nominations of Emmanuel Bombande as Deputy minister for Foreign Affairs and Regional Integration, and Joseph Tetteh Agmor as the Deputy Minister for the Eastern Region.

It however stepped down the approval of Mr. Oti Bless as Deputy Minister of Local Government and Rural Development pending further consultations due to petitions made to the Speaker against his nomination.

Mr. Doe Adjaho said he did not want any friction between the Legislature and Judiciary, and so the need for the apology from Mr. Oti Bless.