The Development and Classification of Film Bill has been passed by Parliament after going through all the various consideration stages, October, 21.

Members of Ghana’s Parliament, begun the consideration of the Bill on Wednesday after several years of the document being laid in Parliament.

The passage of the Development and Classification of Film Bill has been a pain in the neck for most industry players in the creative arts business since the movie trade has no protection.

The Bill, among others defined a Ghanaian Film as a film which is registered with the National Film Authority, is classified as Ghanaian, and which satisfies any three of the following criteria:

The language used in the film is English or Ghanaian language

The Film has a Ghanaian producer

The Film has a Ghanaian Production Team

The Film has a Ghanaian Film Director

The Film has a predominantly Ghanaian cast

The subject matter is Ghanaian and

The Film has a Ghanaian identity as defined by sight and sound.

Entertainment persons including Kojo Preko Dankwa, host of Kasapa Entertainment on Kasapa 102.5FM and his panel members have campaigned and called on the Ministry of Tourism, Culture and Creative Arts to expedite actions for Ghana’s Lawmakers to pass the Film Bill.

According to him, the industry in which Film Makers ply their trade lacks structures like copyright law, Classification of film, Exportation and importation of educational films, Film Development Fund and many other issues of concern.

Kojo Preko Dankwa noted that the Bill is vital because many Movie Producers and Directors are no more active in the business whilst others have incurred huge debts.

The Development and Classification of Film Bill is an ACT to provide the legal framework for the production, regulation, nurturing and development of the Ghanaian film industry, and for the distribution, exhibition and marketing of films and for related matters.

Film making in Ghana has been rather erratic. It showed some promise in the early post-independence period with the establishment of the Ghana Film Industry Corporation which was meant to spearhead what was envisioned to be a vibrant Film Industry in the country.

The Ghana Film Industry Corporation was established to be a centre for research for filmmakers to obtain the right and quality information and also to archive all films and preserve them for posterity reasons.

The Film Industry was established to contribute thirty percent of the country’s gross domestic product.

The State, through the Ghana Film Industry Corporation, funded the production of a number of films. Later some private film producers, both Ghanaians and foreigners, also came along and over time, Ghana became a preferred location for co-productions between Ghanaian and foreign film producers.

Deteriorating economic and political conditions in Ghana in the 1970s, however led to a downward trend in the development of film making in Ghana.

With the sale of the Ghana Film Industry Corporation to the Malaysian investors in 1996 in line with the government policy of privatization of State Corporations and companies and the conversion of the many cinema exhibition halls dotted over the country into churches or for other uses, the film industry in Ghana suffered a serious setback.

Due to technological changes, young Ghanaian filmmakers employed simple VHS technology, which formed the genesis of the current trend of the use of video cameras internationally for film making. The general lack of appropriate infrastructure such as well-equipped modern studios, exhibition theatres, adequate funding and capital and a legal framework among other things have led to a degeneration in the quality and quantity of film production in Ghana.

The potential benefits to be derived from a vibrant film industry are immense. It is a major tool for job creation especially for the youth in areas such as writing, performing arts, set designing, visual arts, costume designing and production, lighting, cinematography, editing and sound technology among others.

Its ability to contribute to economic development for individuals, society and the nation at large through individual incomes, revenues and taxes cannot be over emphasised.

Films are used to affirm, enrich and preserve the socio-cultural beliefs of the people. It is a major tool for contributing to national cohesion and for the safeguarding and promotion of the moral, ethical and aesthetic values of the society. Films are also viable for the projection of the image of the country on the global stage and for the promotion of tourism.

It is however imperative that any motion picture appearing on the screens should be educative. 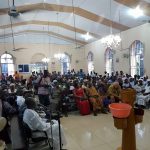