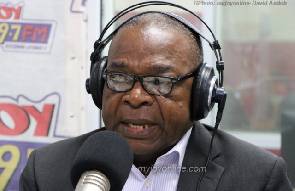 He said failing to forge consensus by both sides of the House on the matter proved troublesomely worrying.

Mr. Ato Dadzie was speaking on Joy FM’s Super Morning Show on Parliament’s rejection of a proposed amendment of the Constitution to hold the elections a month early.

The Electoral Commission hoped to hold this year’s presidential and parliamentary election in November instead of the traditional December 7.

But a proposed constitutional amendment tabled by the Attorney-General, Mrs Marietta Brew Appiah-Opong failed to pass.

The minority voted against the proposal, insisting the time is too short for such a crucial legislation to be passed.

Nana Ato Dadzie believes that Parliament “got it completely wrong.”

He said Parliament got it wrong “because they focused on more n election than on transition; this Bill has everything to d with transition and less on election.”

The MPs should have looked at the transition which becomes problematic especially there is a presidential run-off as happened in 2000 and 2008, he maintained.

In both instances there was a chaotic transition process because barely a week was used to transition from one party to another.

He said a large number of stakeholders agree that the best way forward is to hold the elections in November.

In the event of a run-off, there will be at least one month left for transition, he argued.

For him, Ghana is hugely polarised partly of poor transition. 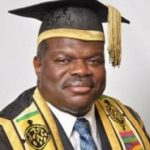