Despite his sterling performance during his vetting by the Appointments Committee of Parliament on Monday, Energy Minister-designate, Boakye Kyeremateng Agyarko may not have his nomination approved if he fails to provide evidence for some claims he made during his submissions.

Mr Agyarko in answering a question on why he labelled former President John Mahama as corrupt at prior to the 2016 elections claimed that, while studies indicated that Ghana needed a single Floating Storage Regasification Unit (FSRU) in order to transport some excess gas from the western to the eastern enclave, government brought in three at a relatively exorbitant price than what pertained on the international scene leading the World Bank to breathe down the neck of the former president.

When questioned by the Minority Chief Whip, Alhaji Mubarak Mohammed Muntaka about his source of information with regards to his claims, he cited a document he came across at the Ministry of Energy during his familiarisation visits.

This did not sit well the Minority who requested that the nominee provides evidence for his claims which he obliged.

Speaking on Starr FM’s Morning Starr on Tuesday, the Majority Chief Whip Kwesi Ameyaw Cheremeh, hinted that the approval or otherwise of Mr Agyarko is based on whether or not he could provide more information concerning the claims he made Floating Storage and Regasification Units (FSRUs).

“Hon. Agyarko made certain allusions and the Chairman directed that he furnishes the Committee with a report”, so his “approval is based on the provision of that document”, he stated.

According to the Majority Chief Whip, the burden of proof lies on the nominee, else it may have to take a plenary session to decide his fate later. 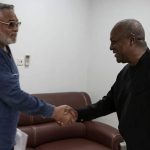 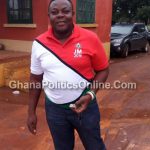