Rev Isaac Owusu Bempah, the controversial founder and leader of the Glorious Word Power Ministry has prophesied the deaths of the two figures of the nation in 2017.

He stated at his 31st Watch Night Service, that a former president and a former first lady will meet their death in the year 2017, unless Ghanaians intercede on behalf of both individuals.

“I know those this will happen to but I will not mention their names, but rather intercede on their behalf. Meanwhile I will try and reach out to them in order to pray for them,” he said

PAY ATTENTION: Get all the latest news on the go with the YEN.com.gh app right here.

Some prophecies of the Rev Owusu Bempah have been known to come true, however he has been criticized by a section of the public including some members of the clergy who have described him as one who thrives on fear and horror, and is a prophet of doom.

The controversial pastor has however not been fazed by such comments, stating he only speaks what is revealed to him by God.

He also predicted the deaths of several important stakeholders in the country, including some Members of Parliament and an influential leader. 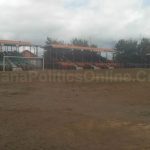