Government needs to force firms operating in the maritime industry to employ local marine professionals, instead of accepting their excuse that locals lack the requisite expertise, Vice-President of the Maritime Professionals Club (MPC), Ing. Teddy Mensah, has said.

“We are not facing the fact when we say that Ghanaians do not have the expertise to take up jobs in the sea trade sector; there are qualified maritime personnel in the country that can be employed and trained to take up positions in the industry,” he told the B&FT.

“The Regional Maritime University (RMU) is 60 years and over this period, there are graduates who have bettered their lots to warrant positions that are available in the maritime industry.”

By being half-hearted, government has allowed firms to go for foreign professionals at the least opportunity, whilst depriving locals the opportunity to work and build expertise, for expertise is not built by being idle, he said.

According to Ing. Teddy Mensah, there is a huge backlog on maritime professionals whose training has been rendered useless because they are not employed.

The Regional Maritime University churns out hundreds of trained seafarers every year and the absence of training vessels and a national commercial line has led to a significant backlog of jobseekers, with a few seeking employment off the shores of the country.

“Mostly, I think it’s lack of awareness because we have a maritime university in this country and yet the argument has been about the lack of competence. I wouldn’t say it’s mischief; they are just not facing the facts,” Ing. Teddy Mensah said.

“If there is a maritime university, we might want to look at what is being offered and what comes out of that university before they say that capacity is not available.”

To help cure the joblessness in the industry, the MPC is pushing the revival of the defunct Black Star Line, which it argues, will enhance the country’s fortunes on the global trade front and reposition the sea trade sector to drive the economy.

Ing. Teddy Mensah told the B&FT that the club is currently in discussions with various industry stakeholders, including the Ghana Maritime Authority (GMA), towards reviving the once vibrant state-owned shipping line.

Reports suggest that the assets of the Line included 16 vessels and some other immovable property by the time Colonel I.K. Acheampong toppled the Progress Party Government in 1972.

The Provisional National Defence Council (PNDC), however set up a â€œSale of Ships Committee,” which divested of the assets.

The Black Star Line established shortly after independence in 1957, became the first national shipping line formed as part of other development vehicles bankrolled by the state as a statement of national empowerment in marine trade alongside other projects such as the Tema and Takoradi ports, the Tema Shipyard and Dry Dock Company, the Regional Maritime University (RMU) and the State Fishing Corporation.

“We definitely want the new government to look at bringing back the Black Star Line,” Ing. Teddy Mensah said.

“We are having some discussions and we intend to take it further, possibly meet with the sector ministers to discuss the modalities and possibility of having that go through.

There is no question about our capability to mount the vessels; there is enough manpower to mount any type of vessel that is alright for operation in the country.” 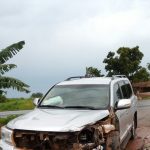 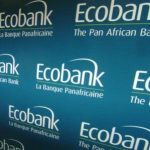