He also charged businessmen to venture into the food processing sector which he said has a lot of potential for job creation.

Vice President Amissah-Arthur gave the assurance when he met a 32-member business delegation from Japan at the Flagstaff House in Accra.

The delegation which comprises Japanese officials and businessmen in the field of science, agriculture and technology are in the country to explore business opportunities and other areas of investments.

Besides, the group is in country as a follow up to Vice President Amissah-Arthur’s invitation to corporate Japan to invest in Ghana when he attended the International Conference on Disaster Risk Reduction in Sandai, Japan in March.

Vice President Amissah-Arthur stated that even though the country’s economy had faced certain external challenges, it has been managed the situation it is now in positive growth.

He said in Ghana’s programme with the International Monetary Fund (IMF) the country is trying to ensure an increase in growth as well as protect the poor and vulnerable people in the society.

He said main thing that the government is trying to do is to stabilise the economy and be able to attract the needed investments to grow the economy.

Vice President Amissah-Arthur said although Ghana is a very good business destination in Africa nonetheless the country cannot rest on its oars since other countries are improving their conditions and Ghana must up its game.

He commended the Japanese government for its continuous support towards the country’s economic programme.

Mr Seth Terkper, Minister of Finance stated that the country is currently implementing deep structural reforms to enhance efficiency in the system.

He said time period for the reform programmes is expected to last for the next two years.

He said the government is expanding the various sectors of the economy including the financial sector to attract the needed investments.

Mr Terkper said Ghana would return to the seven to nine per cent growth rate which the country experienced some time ago.

He said the nation has a huge potential in the petrochemical industry and urged the Japanese businesses to take advantage of the country’s conducive environment and invest in that sector.

Mr Kaoru Yoshimura, Japanese expressed gratitude to the Ghanaian government for the warm welcome reception given to the delegation.

He said relations between Japan and Ghana which dates back many decades is still very strong.

He said trade between the two countries has increased significantly and that Japan intends to enhance its business participation in the Ghanaian economy. 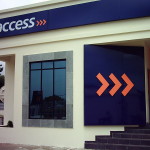