The National Democratic Congress (NDC) has described the Founder of the International Central gospel Church (ICCG), Mensah Otabil, as a threat to national security and a secret supporter of the opposition New Patriotic Party (NPP).

The Communications Director of the NDC, Solomon Nkansah,said on Thursday that Pastor Otabil was openly biased against the ruling party and was inciting the public against the government.

His comments come after Pastor Otabil called on Ghanaians to demand better of government.http://ghanapoliticsonline.com

The Pastor’s comments have drawn condemnation from members of the NDC, with Mr Nkansah accusing him of misleading the public “under the guise of the Bible”.

“If we condemn him some of you in the media think we’ve said something abominable, but what this man has said is very frightening. It amounts to inciting the public against the government. Under the guise of the Bible, he says all sorts of things against those he is not in support of. But you know what; God is bigger than him and so whenever he says such things people don’t listen to him. I am ashamed and scandalized as a Christian that a man of God can speak like Pastor Mensah Otabil has done,” he told Accra-based Kasapa FM.

Mr Nkansah added: “If he doesn’t know, he should check the constitution and he’ll realize that minority rules the country but they are voted into power by the majority of Ghanaians. We cannot all be President and MPs that is why we vote for one person to rule and enact laws respectively

“These are the men who are a threat to national security and co-existence. Because you don’t support the NDC government, you are inciting the public against the government. During the NPP regime he didn’t preach this way, he rather preached with the Ghana flag, why is he preaching this way now. The last time it was generational thinkers, today it’s about revolt against minority rule. We can continue to countenance such worrying conducts of this Pastor.”

Pastor Otabil, who spoke at a book launch, had also called on the State to stop “monopolising” and “hijacking” business opportunities from citizens and rather be an “enabler” for private organisations and individuals to do business and also run the country.

He said: “I think one of the biggest problems nations like ours face is that the state, which should be an enabler, most of the time, becomes an agent of suffocation. 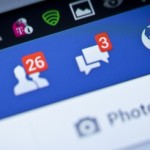