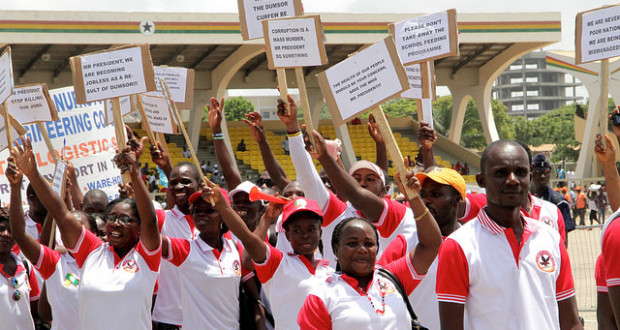 Organised labour is pushing for a 50 percent increase in salaries for public workers due to the introduction of new taxes and increases in utility bills.

A meeting between government and the various unions yesterday hit a deadlock after government refused to reduce utility tariffs.

How new tax law will affect you in 2016 & beyond
The Public Regulatory Commission (PURC) in December 2015, increased electricity and water tariffs by 59.2 percent and 67.2 percent respectively.

The 18 to 27 % increase in petroleum products has also incensed most of the public sector unions who believe they are overburdened with liabilities.

Executive Secretary of the Civil and Local Government Staff Association of Ghana (CLOGSAG), Isaac Bampoe Addo, in an interview with Citi News on Tuesday also stated that the constant increases will worsen the life of the Ghanaian worker and demanded an increase in salaries.

Speaking to Citi News, the chairman of the Tema District Council of Labour, Wilson Agana served notice that Organised Labour will respond to government’s refusal to meet their demands after a meeting on Tuesday.