Hardly had the New Year begun before the entertainment scene started to rock with beefs, scandals and hilarious controversies. Some have been settled amicably while others are yet to be resolved. In no particular order, we take a look at the beefs and controversies brewing in 2016. The first of its kind was the Davido and his babymama dispute. Before the hilarious dispute hit news stands in the concluding part of 2016, reports had it that the HKN boss, Davido and the Momodu dynasty were already engaged in a closed door feud.
What brought the initial closed door dispute to limelight was Sophia’s gross parental incapacitation, which greatly affected Imade’s health, Davido and Sophia Momodu’s out of wedlock born daughter.

Shockingly, the very first day of 2016 was a bit dramatic for the entertainment industry. Olamide Adedeji, a.k.a ‘Olamide badoo’ and Don Jazzy, threw tantrums at each other at the 10th edition of the Headies Awards.

The YBNL boss climbed the Headies stage to express his discontent on the Next Rated Award Category given to Mavin signee, Reekado Banks. Don Jazzy promptly responded to Olamide’s reaction when he climbed the stage to receive a Special Recognition Award. The feud has long been resolved.

Subsequently, it began to look like the entertainment industry was being bewitched. Shortly after the Olamide/Don Jazzy drama, Dammy Krane took to his social media page to accuse Wizkid of stealing his lyrics and slangs, which Wizkid used in one of his songs.
The duo even went as far as engaging in a physical brawl at Quilox Night Club. Owner of the club, Shina Peller orchestrated the settlement of this disgraceful incident between the two music stars.

After Dammy Krane and Wizkid’s fight, it seemed the music industry had been destined to crumble with scandals and controversies. Erstwhile rapper of the defunct Plantashun Boyz, Blackface, also publicly accused Wizkid of stealing his song. The dancehall, ragga and reggae artiste claimed that Wizkid’s ‘Ojuelegba’ is replete with his (Blackface’s) lyrics.
The rapper who has been behind the scenes in the music industry for some time now has been accused by music lovers of being a social climber, seeking public attention because he needs to reintegrate into the entertainment circle.

Chioma Akpotha vs Uche Jumbo and others Like a premeditated Nollywood script, some Nollywood stars have joined in the series of beefs making the headlines in 2016. No one saw it coming when Chioma Akpotha took to Twitter and tweeted a picture of Blessing Egbe, Uche Jumbo, Emem Isong, Ufuoma Mc-Dermott and Omoni Oboli with the statement: “Sometimes, sisters aren’t really sisters #2016Mindingmyownbusiness #Stayingonmylane #Movingon.

No one really knows what prompted the twitter outburst but the actresses who are in the picture didn’t find it flattering as they have all responded to her tweet.
Blessing Effiom Egbe puts it this way: “And you know this because? If this is your way of announcing your interest? You don fail be that”

Omoni Oboli was much more direct in her response: “Ok, what is all this about? Minding your business by posting my picture? #TooEarlyInTheYear
Ufuoma McDermott put hers this way: “See trouble oo! Too early in the year for this please! Really what a way to mind your business”
Uche Jumbo Rodriguez’s response came straight from the heart: “Shaking my head to all these rubbish I am seeing. No words! You have my number, don’t let the devil use you”
The social media is agog with questions stemming from Chioma’s tweet with everyone asking what prompted her Twitter outburst.

Dancehall star, Cynthia Morgan clinched the best dancehall act at the 2015 Headies. However, she took to her Snapchat platform cursing Davido for endorsing Lil Kesh as his favourite Next Rated artiste. She used a derogatory word in describing him and also took shots at his label mates.
Observers in the entertainment circle were expecting Davido to lash out at her in a more condescending manner, He however took another route. He simply said: “I hope you reach where I have conquered”

Blackface, a member of thedefunct Plantashun Boyz took to Twitter to express his aversion for how 2face allegedly stole his song. He stated that his former partner 2face stole from him .He also threatens to sue the African Queen sensation. Recall that Let somebody love you is a song on 2face’s Ascension album and features Bridget Kelly.

2face in a recent interview was asked what his thoughts were about Blackface’s allegation. He simply said: “It is just so unfortunate. I do not know where it is coming from but I am trying to think of different reasons. We will trash the whole matter but I got nothing but love and respect for him and it is just so unfortunate that he is coming at me like that”. 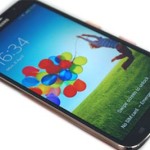