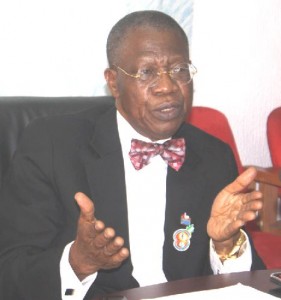 “The rate of change in our time is so swift that an individual of ordinary length of life will be called on to face novel situations which have no parallel in the past. The fixed person for the fixed duties, who in the old society, was such a “God-send”, will in the future be a public danger.”

Once Buhari was declared the winner of the presidential election in 2015, everybody’s thought turned to the persons who would be appointed ministers and the portfolio they would be given. In every forum in which the discussions took place, and despite the long delay in announcing his appointees, I declared that one name would be on the list and the portfolio he would be saddled with. The man is Lai Mohammed – the Minister of Information and Culture. Let me quickly add that I also felt it would be a mistake to offer him that portfolio. The reasons were very simple and let me set them out now.

In April 2014, writing under the title “M&M: The Two Most dangerous men in Nigeria”, the point was made that Mohammed of the APC and Methu of the PDP, National Publicity Secretaries for their parties, were driving the nation close to the brink of political madness. In fact one thing and one thing only saved Nigeria from the apocalyptic outcome of the frenzy whipped up by these two men – Jonathan’s concession of the election. Had Jonathan merely said “I don’t accept the result”, it is certain that Nigeria would not be the same today. To me, the two of them were seemingly irresponsible and a little unpatriotic. Undoubtedly followers of Niccolo Machiavelli, 1469-1527, who taught the world the unethical doctrine that the end justifies the means, M&M made statements which were admixtures of half-truths, deliberate lies, unsubstantiated rumours elevated to the level of sacred truths – while all the time barely avoiding being sued for defamation. Hitler’s chief of propaganda, Joseph Goebbels, 1897-1945, would have been extremely fortunate to have both of them on his staff.

Granted a few people, also ethically deficient, would excuse their conduct, by saying that “all is fair in war” and “war is politics by other means”. That is only because everywhere in the world, where groups have gathered and are involved in conflict and contest, supporters are too ready to throw out morals and let some people do the dirty work. Society invariably pays for it.

Lai Mohammed had been the longest serving National Publicity Secretary of political organizations in Nigeria. He assumed office under the Action Congress of Nigeria, ACN immediately after his failed attempt in 2003 to become Governor of Kwara State. Thus, for thirteen years, the man had been operating in the “septic tank” of Nigerian politics. He had developed his art and had perfected it. Real truth was a commodity to be dispensed sparingly – unless it would help. Otherwise, truth was never allowed to get in the way of making a statement that would make headlines the next day.

That precisely was my fear after Buhari was declared President-elect. Mohammed would become Minister for Information and Nigeria would have a problem on its hands. With his instincts for propaganda, as opposed to information, developed over thirteen years, the man might not serve the people of Nigeria well as Minister. Habits are difficult to change – especially after 50. The Ministry of Information, ideally, should be answering honestly the questions people want answered on matters affecting their lives. For instance, the budget palaver – missing budget, doctored budget, two budgets etc – were the sort of things the Ministry of Information should have taken the lead in providing assurances to the people or at least explaining the situation – honestly. The President should not have “eaten the humble pie” of admitting mistake if the Ministry had been on top of the issue all the way.

Those concerns were still weighing on minds bent in that direction until Monday January 18, 2016, when Mohammed made the disclosure that 55 persons stole N1.3tr in seven years between 2006 and 2013. He provided the categories, number of cases and amount involved. In between he made a charge that $2.1b was meant to keep Jonathan in office. He did everything expected of a professional propagandist;  he failed to do what is expected of a Minister of Information – he provided no names. And, it was deliberate because the disclosure was motivated not by patriotic zeal but by politics. By contrast, PDP: CORRUPTION INCORPORATED stated amounts and provided names. Incidentally, more than N1.3tr was stolen; under Obasanjo alone, it was close to N8tr and some current APC Governors were involved. Those who live in glass houses should avoid throwing stones…. 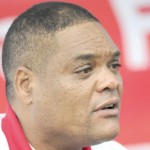 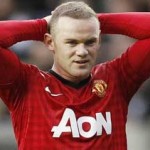