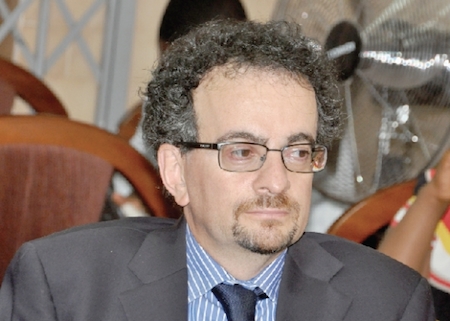 We have found your speech at the opening of the Komla Dumor Centre interesting, which was subsequently published here.

The speech had, at the centre of interest, a category of hard working frequently low, if paid at all, group of people who put their lives at risk to report and keep Ghana very high in the ranking of World Press Freedom (rank 22 precisely far above the UK rank 34) perhaps like Anas recently.

Dear Mr High Commissioner, it won’t probably occur to you that what you call corruption or SOLI is just a way to survive in a country where the media is not financed by Government or by a Stock Exchange floating shares, but by individuals trying to balance poor revenues from advertising in a Country declared HIPC until some few months ago and with a very high operating cost ( think about the electricity for example).

We will like to draw your attention to a couple of examples to just prove completely inadequate your speech; The late Komla Dumor didn’t start his career at BBC but in one of the local stations and that was what eventually took him to the UK to become what he was before his unfortunate passing. Also, Mr Edward Boateng, with a past at CNN, who brought the CNN African Journalists Award and many more examples all started right here in Ghana.

Mr Benjamin, what we found more interesting is your tweeting of our Satire referring to the word “Soli” used as reference to you in connection with your speech makes the case bad. Our team of Editors and I can surely tell you most of the media houses online DO NOT TAKE BRIBE or SOLI while doing their job. To generalize the issue, you miss the point.