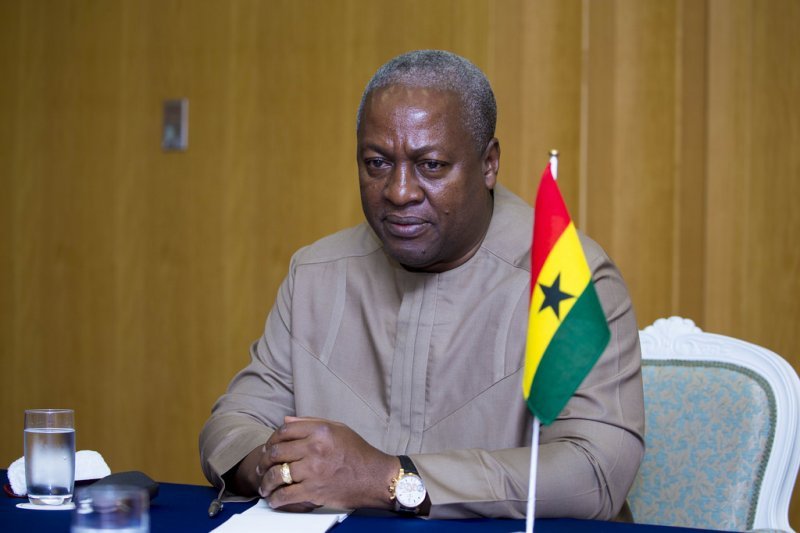 I am a law-abiding Ghanaian, Human Rights Journalist living in Lashibi (Cambodia) Community ‘20’, Tema in the Greater Accra Region of Ghana.

I chose to direct this petition to your good offices, this time round, as appointing authority, because all efforts to get relevant authorities, including the Hon. Minister for Local Government and Rural Development, Mr. Collins Dauda (who has direct supervisory responsibility over Mr. Odamtten); the NDC Headquarters, as well as the police to‘Save Our Souls’ (members of family, household and myself), proved futile.

As I write this to you, Your Excellency, my entire household is under state of emergency trying to clutch at straw, as a result of renewed barbarism being ignited on us by your all-powerful TMA tin-god, Isaac AshaiOdamtten, who on Monday, 20th June, 2016, had again sent his thugs led as usually by one Saban to paste notice of his imminent attack, the fifth time on private structures on my privately-owned plot of land; with 7-day ultimatum.

This seemingly final effort of mine, through your offices, is necessitated by the constant aggression and wanton destruction on my privately-owned property at the said “Cambodia”, Lashibi (Comm.20) by the Tema Metropolitan Assembly (TMA) Chief Executive (MCE) Mr. Isaac Ashai Odamtten, personally, and on occasions, thugs from his outfit on his orders, just in his unbridled official attempts to seize my piece of land for and on behalf of his friend, one Benjamin Adu.

These actions of your Tema Metropolitan Assembly Chief Executive, who on two occasions boasted of being “the Supreme Power of Tema, and can choose to do whatever he likes”, is taking huge financial, physical, moral and emotional toll on my family, household and myself.

I am also on the view that Isaac Odamtten, was by ‘providence’ appointed by Your Excellency after highest due diligence on his moral background – on his recommendation by the party hierarchy, in the supreme interest of the NDC, the Tema Metropolitan area and the nation, as large; to lead Tema in the name of His Excellency, The President.

Your Excellency, social status, especially in African perception, maybe, forbids or does not qualify me to see you or your assistants, especially your Chief of Staff, Comrade Julius Debrah for sensible intervention; and the worst of all was that all my petitions to you and your good offices were not minded, necessitating this choice of method as last and maybe final resort before we choose to die upholding clear conscience and resistance in positive defiance suppression and oppression in our own country.

PETITION
I, hereby, petition His Excellency The President and said as follows:
1. That on Sunday October 18, 2015 around 3; 00pm, the TMA Boss, Isaac Ashai Odamtten, moved a convoy of armed police personnel into my privately-owned property to force a delivery of his friend – Benjamin Adu’s 40-footer container on my plot, against my wish and resistance, after ordering seizures of mobile-phones/cameras.

2. That the attempt was made by one of Ben Adu’s workmen in the morning in my presence, which I rightfully resisted because the said Adu has more than enough space on his 4-plot property next to mine – to accommodate his container.

3. That Isaac Ashai Odamtten also threatened that being the ‘supreme boss of Tema’, he holds the absolute power and that, if I further resisted his endeavor, he would order the demolishing of my building structure on the said land, under the guise of it being on road.

4. That with the armed police and all political powers, he had his way.

5. That on December 2, 2014, the same Benjamin Adu used his TMA boss-friend, Isaac Odamtten, to cause heavy destruction to kiosks placed on my plot to protect it from encroachers; a crime I officially reported to the Accra Regional Police; as that action lacked merit and exoneration from socio-criminality and injustice.

6. That when the Regional Police Commander DCOP (Mr.) Christian TettehYohuno invited the two, MCE Isaac Odamtten and Benjamin Adu, to assist in the investigations, they refused to honour the peace officers’ call.

7. That the TMA Boss Isaac Ashai Odamtten, is therefore, using and abusing absolute political powers against me and in favour of his friend, Benjamin Adu; and all efforts to bring sanity into the official ethical behavior of this TMA Boss (Isaac Odamtten), who must stay neutral and just, out of this case is continually proving futile, thereby creating a sordid ground for confrontational atmosphere.

8. That Mr. Odamtten has again given 7-day’s ultimatum for the next series of invasion and aggression against me and my entire household.

9. That I am a citizen of Ghana and have all the rights under the 1992 Constitution of the republic of Ghana, to acquire and to own property, genuinely, at any part of the country including the Tema area, without discrimination, whatsoever.

10. That the NDC that we toiled under bloody-pressure to build over the years after lengthy obedient cadreship of June 4 and 31st December Revolution, as unsung heroes, still has no place for tyrants and bullies cast in mold of Ashai Odamtten of TMA, hence our ‘Social Democratic’ credentials.

11. Finally that the current TMA Boss, Isaac Ashai Odamtten, having proved incompetent, belligerent, non-unifier and most of all, FASCIST, need withdrawal, removal or reassignment from the TMA, for the sake of party and public cohesion.

12. And that the 40-footer container Ashai Odamtten forced-place at the entrance of my compound (whose content I do not know) with support of armed police personnel on Sunday 18th October, 2015, must be ordered by those who appointed him (Odamtten) to be removed with immediate effect.