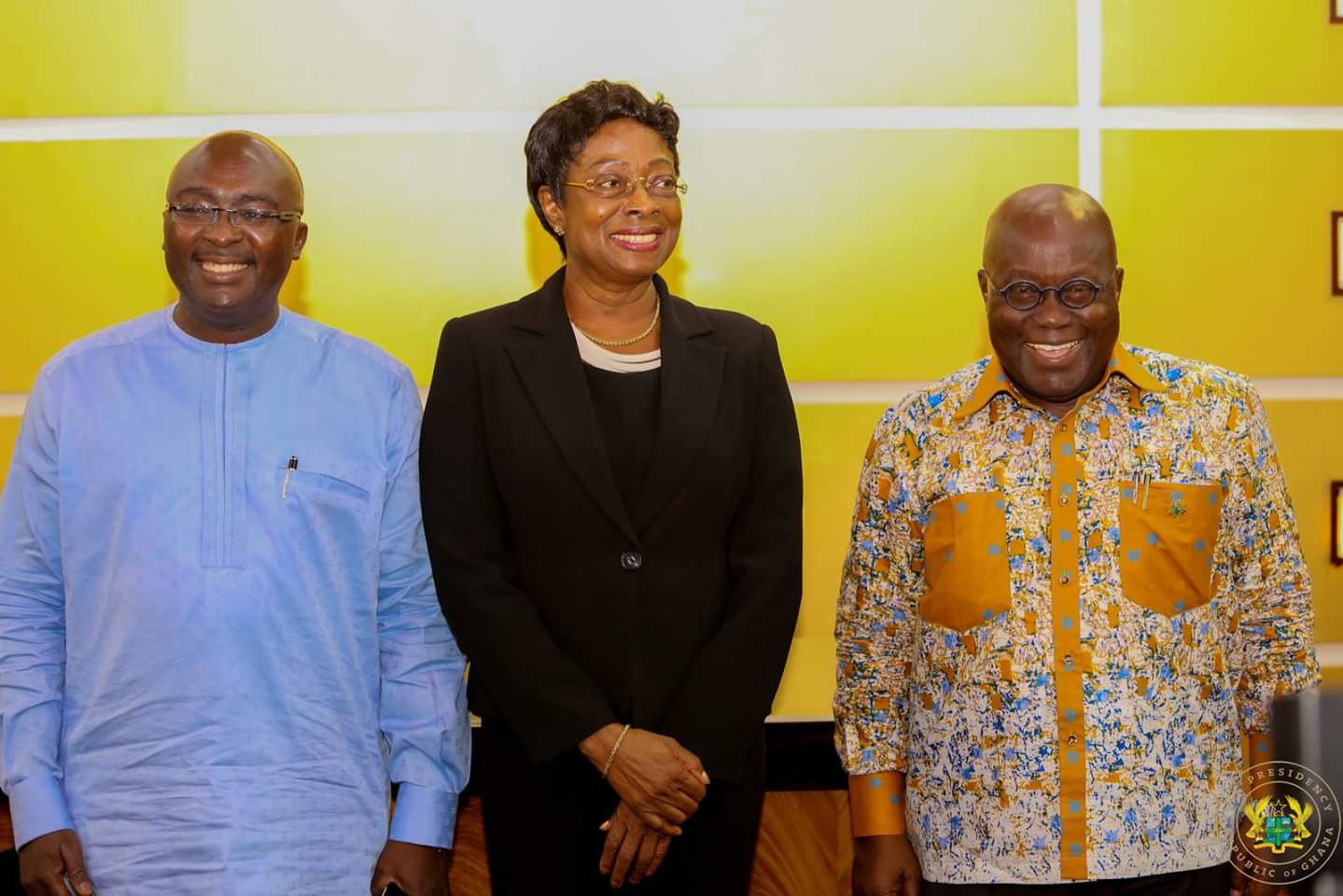 This evening at about 6pm on Friday 15th December 2017, I listened to Hon. Kwabena Mintah Akandoh Member of Parliament for Juaboso express his displeasure and unhappiness on citifm evening news segment dubbed “ Eyewitnessnews“ about a certain conduct which many Ghanaians described as a “unpleasant posture” put up by no less a person than the Chief Justice herself Madam Sophia Akuffo in an open sometime this week.

After listening to the narration by the member of parliament which was more of a corroboration to what some media outlets in the country published earlier in the week on their platforms, I am unable to resist the temptation to also proffer my view point on the issuing conversation. First of all, it’s important to situate this conversation in a proper context so that people can appreciate the conversation very well.

It thus appears to me that, there is a certain subculture that is gradually gaining grounds in the judiciary in this country which must be curbed before it gets out of hand. It’s difficult to appreciate why some learned persons at bar or bench would often make some “political utterances” against certain individuals or group of persons perceived or believed to be affiliated to NDC with impunity.

For the purpose of this discussion, I will highlight two or three of such utterances made in the past.

For instance, Justice Jones Dotse is reported to be the author of this phrase “create, loot and share” in reference to a certain case before the court during the ndc era which subsequently became a vile political slogan for the NPP prior to the 2012 elections against the then ruling NDC government.

That statement could not have been made by mistake. In fact many school of thoughts say that it was deliberately made by the said judge to ridicule the government of the day then.

Fast forward to 2016, similar disrapaging remarks were made by the learned Justice Sophia Akuffo in connection with the contempt case involving the montie 3. In this specific montie 3 case, she was the presiding judge and the following comments were attributed to her “Even the president can’t control”. This was a statement many Ghanaians including myself found to be appalling to have come from such seasoned judge, in fact many Ghanaians felt that the statement was a mark of gross disrespect to the President at the time.

A year on, one would have thought that following the public reactions that greeted her utterances in 2016 as I have restated which many found to be too “political”, she would have learned her lessons to refrain from such utterances but this doesn’t appear to be.

According to Hon. Kwabena Mintah Akandoh Member of Parliament for Juanoso, earlier this week he together with his counsel appeared in court in connection with a case he Hon. Akandoh and Hon. Ernest Norgbe Member of Parliament for Ashaiman sent to the Supreme Court for interpretation regarding Ghana’s National Service law. It will be recalled that after the nomination of Madam Otiko Djaba, it came out that she didn’t do her national service which she subsequently confirmed at her vetting. The issue generated a national debate as to whether it’s really mandatory for persons who complete tertiary education either in Ghana or abroad to do one year national service. It was on the back of this controversy that the two members went to the SC to seek the proper interpretation of the laws.

But apparently in their claims to the court, their names had the word “honourable“ as prefixes which Justice Sophia Akuffo didn’t take kindly to.

Ironically we are told by Hon. Kwabena Mintah Akandoh that, the same person (Chief Justice) who had strong issues with the two Members of Parliament for prefixing their names with “Honourable” subsequently asked why Madam Otiko Dzaba’s name was NOT prefixed with the word “honourable”, something the Chief Justice openly ridiculed in open court.

According to Hon. Akandoh, Madam Sophia Akuffo went on to ask if Madam Otiko Dzaba wasn’t also a Member of Parliament.

When she was answered in the negative, she then went on to ask if Madam Otiko Djaba didn’t deserve to be referenced as “Honourable” Otiko Djaba since she was a Minister even if she was NOT an MP. This sounds so contradictory to what she openly ridiculed.

But the plaintiffs had good reasons why they didn’t address the then nominee as “Honourable Otiko Djaba”.

As at the time they filed the writ at the Supreme Court, she had not been approved and so she was still a nominee, which is understandable anyway.

What is not understandable however is the alleged contradictory statements of the Chief Justice in open court. In one breath, she appeared to be against MPs prefixing their names with “ honourable “ and turned around to advocate for the application of same prefix she reportedly spoke against in the case pf Madam Otiko Djaba.

My interest in this whole issue comes from the fact that if our law courts especially the highest court in Ghana, Supreme Court that is supposed to be final place in the country to deliver justice to all manner of persons regardless of one’s political affiliation, religious beliefs, ethnic background etc in a just and fair manner is now seen to be turning into a place where citizens of Ghana who may belong to certain political affiliations do not feel confident or have trust in their handling of critical national issues in view of some of these “ partisan” pronouncements on the part of some justices, then where would we be heading towards as a country?

It beats my imagination as well as many other Ghanaians why the learned Chief Justice would commit such blunder or contradictory in an open court especially when she attempted to ridicule these members of Parliament. Couldn’t she have communicated her observation to the speaker of Parliament through a memo or written correspondence if she felt so strongly about the issue?

Besides, during her own vetting in parliament after her nomination by the president, why didn’t she make that known to the appointment committee because members of the committee especially the chairman constantly referred to his colleagues as “honourable “……?

I think it’s fair for those of us outside the court system to find out what her motivation was in ridiculing the two MPs in open court especially when she had other avenues to make her case known or listened to.
This is important because members of parliament belong to one of the third arms of government in the country and they deserved to be respected as such just as Ghanaians hold the judges in high esteem.

In my humble view, it’s only when members of these three arms of government respect the independence of one another and recognize the important roles they each play, that there would be mutual cooperation and understanding among them. This would enhance further our democratic gains and consolidation.

It’s not for nothing that Parliament often refrain itself from discussing into details issues that ate pending before the law courts in this country when such issues are brought before Parliament. It is a recognition of how these three organs of that state need to respect and appreciate the different works they all do.

It’s often said that respect is reciprocal, therefore one would expect that, the appropriate thing for Madam Sophia Akuffo to have done was to communicate formally her position to the leadership of parliament especially she being the head of the Judiciary in this country, and more, that was a peripheral issue to have been dealt with in an open court in the manner she reportedly said it.

The two honourable members of parliament deserved to respected, commended and appreciated for seeking to expand the frontiers of our democracy by taking the challenge to bring to an end whether one can decide not to do national service or not rather than the “raw deal” they got.

Granted that the use of the word “honourable” as a prefix to the names of members of parliament is even wrong as said bu the Chief Justice Madam Sophia Akuffo for which she reportedly ridiculed the two MPs, one would like know, on what basis did she reportedly asked why Madam Otiko Djaba wasn’t addressed as “honourable”?

Again, one would like to know from the learned Chief Justice, which of our laws disallow members of parliament from using such descriptions as titles before their names if they so wish? Answer to this question will educate the rest of us the general public.

It’s open knowledge that judges especially at Supreme Court are often addressed with the word “Justice” prefixed to their official names, is our learned Madam Sophia Akuffo saying that, this practice is also wrong? If it’s not, what then makes the case of Members of Parliament who are often addressed by their constituents and the general public as “Honourable “ A or B wrong?

For God sake, the learned Chief Justice is the leader of the entire judiciary service in the country, and fourth topmost officer in the country after the President, Vice President, and Speaker of Parliament, therefore, the public utterances, posture and conduct of occupants in these offices MUST be above board or reproach at all material times.

I felt that it’s appropriate to add one’s view point to help point out this creeping tendencies that when allowed to continue would not auger well for our growing democracy in country.

I wished that the Chief Justice under this circumstances in my candid opinion could speak to the two members of parliament involved directly with signs of remorse especially when the merit of the case is NOT determined so that they can feel comfortable appearing before her in court otherwise this may NEGATIVELY affect the morale and confidence and trust of the two MPs in the process especially in the CJ going forward and it may lead to a discontinuation of the case since it’s only dismissed on technical grounds but not on its merits. The final determination of the merits or otherwise of their case will help enhance our democracy.

In my estimation, the Chief Justice went overboard especially when the matter before the Supreme Court had nothing to do with the interpretations of the titles of members of parliament either assigned to themselves or as they are often addressed by their constituents or the general public. 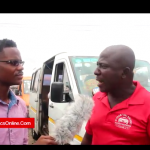 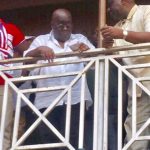