National Chairman of the Convention People’s Party, Dr. Edmund Delle, says he is confident that the lawsuit filed by failed presidential aspirant, Onzy Nkrumah, will be thrown out.

Onsy Nkrumah sued the party for not allowing him to contest in the race for a presidential candidate, which took place last Saturday.

In his suit, he sought an injunction to stop the elections from taking place, but the congress went ahead, since according to the CPP executives, there had not been a specific court order asking them to stop the congress.

Mr. Nkrumah says he was unfairly disqualified and blamed Samia Nkrumah, another aspirant who is believed to be his sister, for allegedly orchestrating his disqualification.

Speaking to Citi News, Professor Delle said the party has nothing to be afraid of when the two parties meet in court on February 10.

“If we had had a court order telling us not to hold the congress, then we couldn’t have. We didn’t have any such thing. We are meeting him in court on 10th February, when our congress is over. Legally, we don’t have anything to be afraid of,” he said.

Prof. Edmund Delle also said that with “what he (Onsy) is asking for, I can tell you as national chairman that the case will be thrown out because there is evidence. I can tell you confidently that the director of communications met him at TV3 and he realized the accusations he was making were not valid.”

“I supervised everything and made sure that he was given an opportunity to file like every candidate. In the end we had to stay like one hour after the closing of this and he didn’t satisfy the conditions.”

The CPP insists Mr. Nkrumah did not meet the requirement to contest. 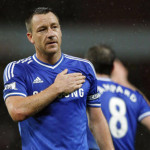