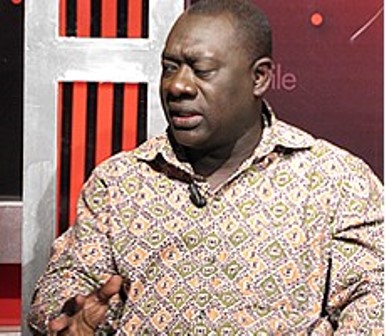 Member of Parliament for Aburi/Nsawam O.B Amoah is pushing for Ghana’s parliament to peg its minimum entry requirement for fresh legislators at a First Degree.

According to him, the seemingly wholesale entry approach being practiced now affects the quality of the debate in the House.

“I think there should be a minimum qualification to enter parliament. The situation where everybody just enters is not too helpful. Parliamentary work is a serious business.

“Let’s start with a minimum First Degree irrespective of your background.

“It shouldn’t be that because one is popular in his area then he gets the opportunity to come to the House… that is why you see people getting into the house and then they start schooling,” he stated.

But his colleague Fritz Baffour who was also a guest on the show disagreed with the position.

In the view of the Ablekuma South MP, it is the responsibility of political parties to scrutinize the quality of the individuals they present to the electorates.

“The selection process has been thrown to the woods and anybody can come in, and so long as he can pay he goes through,” Baffour stated.