One person was butchered to near death and many houses torched in Labtanga in the Bumburiga electoral area of the Chereponi constituency in a conflict that broke out between the Bimobas and the Chakosis.

The injured are receiving treatment at a clinic at Bumburiga.

The two families were fighting over the right to fishing in the Kpempi River, a water source of the Oti River, according to Starr News’ Northern regional correspondent Eliasu Tanko.

The Bimobas and the Chakosis have been living in fragile and hostile relationship in the area over who owns and has the dibs to catch fish in the Kpempi River.

Sources said on Friday a group of Bimoba youth attempted to turn away some Chakosis who went to the river for fishing. The Chakosis reportedly resisted the attack which resulted in a violent physical struggle.

A Chakosi suffered deep cutlass wounds in the course of the melee. The situation angered the youth of the Chakosi, who also launched a reprisal attack on the Bimobas Friday night and flamed up their houses.

Security has been fortified and a semblance of calm has returned to the area, Tanko reports.

The Bumburiga community is about 18-km away from Chereponi, the district capital and a handshaking distance to Togo. The major settlers are the Bimobas and Chakosis. The people are more into fishing because of the Kpempi River. 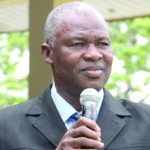