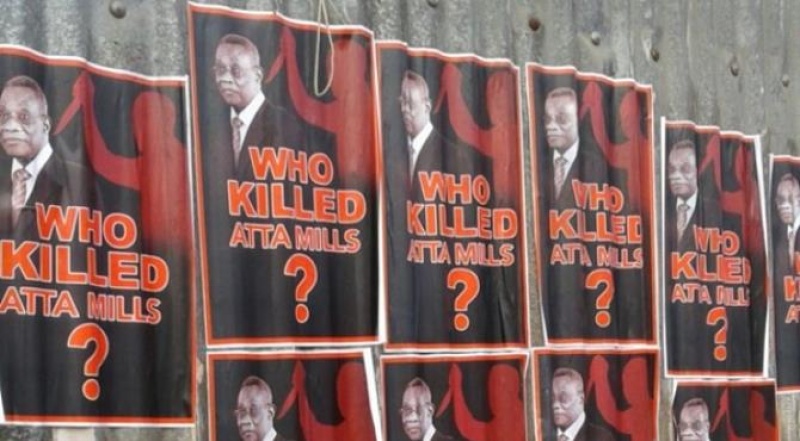 One suspect was arrested and kept in police custody for circulating posters bearing the inscription ‘Who killed Atta Mills?’ in Kumasi, the capital of the Ashanti Region.

Class FM’s Ashanti regional correspondent, Hafiz Tijani, reported that the Manhyia Divisional Police Command had confirmed the incident with explanations that the ringleader was apprehended on Friday October 14 and handed over to the police.

The suspect was leading a group to post the stickers at a location close to the venue where the National Democratic Congress (NDC) will be launching its campaign in the region on the theme ‘Operation One Million Votes in the Ashanti Region’.

He was picked up by the party’s executives and handed over to the Manhyia Divisional Police Command.

This is not the first time such posters have emerged at NDC gatherings, as some of the posters which had an image of late President John Mills with a silhouetted dagger-bearing hand behind him ready to sink the knife into the late law professor were also seen at some quarters around the newly-built Cape Coast Stadium, where the NDC launched its national campaign on Sunday, 14 August.

Prof John Mills died in the dying embers of his first term in office in 2012. Then Vice-President John Mahama succeeded him for the remainder of his term until the 2012 elections, which Mr Mahama won.