It is often said one can only wish to be what he is not. And in trying to be one he has to prove by verifiable evidence to convince others to accept him as that. This is the dilemma President Akufo-Addo now finds himself in as he oncemore begs Ghanaians to trust him. But then on what basis should we trust him? The evidence does not support any decision to accept “try me too” or “trust me” from Akufo Addo again!

Nana Akufo-Addo as the head of the “family and friends” hegemony ruling Ghana has once again began a political odyssey by strongly imploring Ghanaians to “try him again and reject him after four years” if he doesn’t perform stating that no political administration has an automatic right for a second term in office. Granted that Nana Akufo- Addo led, or as usual was misled, by a fake prophet Owusu Bempah and deceived Ghanaians that he had pledged to build a National Cathedral as thanksgiving to God if he won the 2016 elections. Yes, he won the 2016 elections and is about to end his term, but Akufo-Addo did not build the National Cathedral. Did he deceive God? Can God trust Nana Akufo-Addo again?

If you can deceive God, deceiving human beings is the easiest exercise to undertake. Since God does not trust you how can human beings made in his image likewise trust you? The New Patriotic Party (NPP) led by Nana Akufo-Addo made to Ghanaians 631 promises in 2016 but are yet to fulfil even 15% of those promises even though they had huge financial resources at their disposal during the past four years. Setting for yourself a test and failing to pass disastrously is shameful. Nobody forced promises on Nana Akufo-Addo and his NPP; they promised on their own strength and competence only to woefully fail.

To trust a man who promised to build 350 senior high schools in 18 months but ended up building none is self-deception. The only thing Nana Akufo-Addo did when he promised to build a harbor at Keta was the appointment of a family member as Director General to draw monthly salary even though the project does not exist as of now. The one-district one-market promise has been totally forgotten as if it was never said. I guess they love telling lies as entertainment so they promised to construct one modern large outdoor sitting theatres in every region of Ghana except Accra. If an outdoor sitting theatre was constructed at the Akyem Kyebi cemetery, then we implore Nana Akufo-Addo’s ancestors to wake up from their graves to testify.

The Korle lagoon which the NPP pledged to restore is smelling just as the festering corruption the NPP cherishes is stinking and way past redemption. There is the one-district one-hospital pledge which also never happened; and the pledge was renewed under compulsion by Covid-19 this year only to be denied and pledged again for a period when NPP will be in opposition. No educational institution has received the promised free wi-fi for students yet. The dream in which it appeared has long been forgotten. The private sector saw no need for trauma centres along the main highways so Akufo Addo perhaps abandoned it.

We contend that the police and the armed forces did not fall sick or face any accidents that threaten their health so the NPP simply refused to build the two promised Police hospitals in Sunyani and Bolgatanga as well as the Military hospital in Tamale as they promised. Since the Police and Military did not get their prommised hospitals, the Prisons Service also automatically did not any of the two hospitals promised for them in the northern and southern sector of the country. Should there be an oil refinery in Takoradi today, Nana Akufo-Addo would be beating his chest and blowing his tumpet about it but thanks to his super incompetence there was none as he promised.

The fight against corruption pledged by Akufo Addo obviously is being achieved through the formation of mafia sakawa syndicates to promote corruption itself. Like a movie, a white elephant Special Prosecutor was appointed to do nothing but review books. Had Professor Ahwoi not released WORKING WITH RAWLINGS, Martin Amidu would have been drawing salaries by sitting idle behind tables so far. Furthermore the state appointee who decided to realize this dream for NPP rather annoyed them and was locked out of office. Daniel Domelevo, the Auditor General did not know how NPP fights corruption and decided to fight it conventionally according to law, which is unacceptable! NPP breeds corruption it doesn’t fight it.

It was a household mantra in this country in 2016 that NPP will reduce government borrowing. The reality though is that NPP has borrowed in total in just three and half years more than the total national debt from independence up to the time of his immediate predecessor. The Akufo-Addo government has borrowed the largest amount of money so far but cannot boast of anything tangible to justify it.

Despicable free hot meals have become the basis for excessive borrowing. This has made nonsense of the promise to achieve double digit GDP growth annually for 4 years. Achieving the single digit GDP growth in itself is hell as stupendous, and moot policies by the government have rendered most businesses defunct. The financial sector has been bulldozed starving the economy of liquidity except the sakawa pockets. This explains their inability to amend relevant sections of the Criminal Offenses act, 1960 (Act 29) to make corruption a felony rather than a misdemeanor.

The spillage of the Bagri dam in Burkina Faso could have helped get some water into the hand-dug holes being called the one-village one-dam but unfortunately their depth is not beyond the level ground being washed by the flood waters. The tarring of gravel roads especially in areas of high agricultural production became a mirage the moment a useless audit of the cocoa roads began. Four years down the line, there is no hope much progress will be made.

Rural development suffered from the Akufo-Addo failed promises most. Besides reducing the District Assemblies Common Fund from 7.5% to 5% of gross national revenue to deny them statutory funds, Akufo Addo has failed to provide the $1 million per constituency to the District Assemblies for development. The automatic transmission of statutory funds to designated agencies never happened; infact GETFUND was rather collateralized while others are capped.

The biggest disappointment is the NPP’s woeful failure to stabilize the Cedi against foreign currencies. As their deceptive running mate once said, “if the fundamentals of the economy are weak the exchange rate will expose you”. Today the NPP’s fundamentals are very weak including the IGP that holds the key to the room where Bawumia keeps the dollars, the exchange rate has stripped them naked like kwatrikwa!

Many more promises have been swept under the carpet but these major ones adequately show that Nana Akufo-Addo cannot be trusted. Even God in heaven he managed to deceive with a needless National Cathedral, how much more forgetful human beings.

Nana Akufo-Addo is the pallbearer and ugly face of political deception and a con-man in this country. He lies profusely at every given opportunity, sometimes he doesn’t even remember the last lie he told.

Once bitten by a snake, the presence of an earthworm is scary enough. Ghanaians must Never trust Nana Akufo-Addo again! 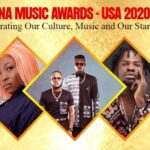