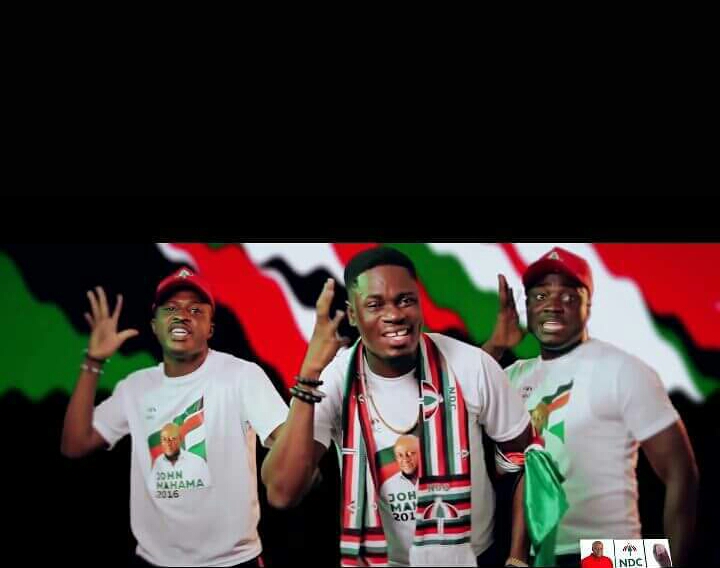 Michael Adangba, a Ghanaian Traditional Musician noted with songs for development says the National Democratic Congress (NDC) lost the 2016 Election due to the contradictory messages contained in the party’s campaign songs.

He argued that music is a major contributor in winning or losing elections, adding that every political campaign message must be captured in their campaign songs.

In an interview with Samuel Huntor on Montie FM’s Flagship Program ‘Pampaso’, monitored by, Ghanacreativearts.com ,Michael Adangba explained that the songs the NDC used in the 2016 electioneering campaign was a major contributor to their downfall.

According to him, election is all about message, noting that a candidate can be at one location preaching his campaign message to the electorate while his campaign song is also selling the same message at another location.

‘’The reason why we produce political song is that if a candidate is at Bolga putting out his campaign message there, then here in Accra, the song will be putting out the same message, so the message easily gets stuck in the minds of the electorate’’, he said.

He noted with disappointment that while the NDC was using songs like ‘Onaapo’, Mahama Paper’ etc. the NPP used songs that were touching, appealing and compassionate: songs like ‘’Asempapa bi mate se yesu oye, Awurade afei na adru me so’’ etc.