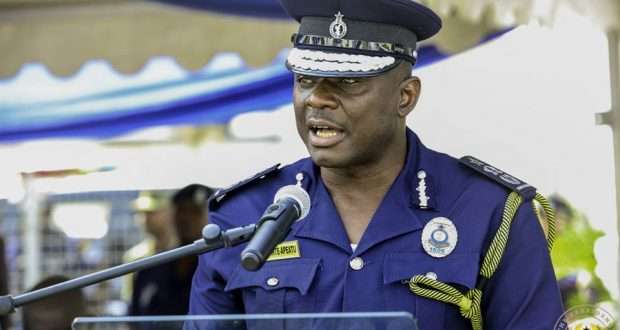 The Inspector General of Police (IGP), COP David Asante Apeatu, has said that relocating residents of Old Fadama will ensure there is peace in the area.

Speaking at a press conference at the Police Headquarters in Accra, explained that it is a difficult terrain to police.

“It is not very easy at all to gather the intelligence that we may require. We are aware that some crimes are being committed in there and it is such a difficult terrain.”

The IGP said a major solution to the problem presented in Old Fadama “is for us to ensure that the people are relocated.”

“With intelligence, we may gather it, but for 100 percent, we are unable to achieve. These are some of the lapses in intelligence gathering that occasionally we encounter.”

Two people died after a recent clash between Konkombas and Dagombas at the Agbogbloshie Yam Market on Tuesday. Several others were left injured.

READ ALSO: 2 dead after Konkombas and Dagombas clashes at Agbogbloshie
Meanwhile, the Minister of the Interior, Ambrose Derry, has directed the IGP to meet with the leaders of the Dagombas and Konkombas at Agbogbloshie in Accra today [Thursday].
This is to help both parties share their grievances with the IGP for a better resolution.