The National Democratic Congress (NDC) has hit back at the overlord of Akyem-Abuakwa, Osagyefo Amoatia Ofori Panin for saying President John Mahama has sidelined people from his region in government.

The Eastern Region NDC has described Okyenhene’s pronouncements as unnecessary and ill-motivated.

According to the Eastern Region party Chairman, Bismark Tawiah Boateng, Okyenhene?s claim is aimed at inciting people of the Akyem Kingdom against government.

?It seems Okyenhene has lost sight of what the NDC has done in terms of appointment in JM’s government. Mention the likes of the current Attorney General, she hails from Akwatia; Deputy Eastern Regional Minister is from Abirem; Nana Adusei Peasah, Tafohene and regional chairman of the lands commission; Victor Smith from Kukurantumi; Dr. Akyem Apea Kubi, former regional minister and currently a board member of ECG, from Akyem?Achiase; Ofosu Ampofo, board chairman of GHAPOHA among a number of them hail from Akyem,” Bismark Tawiah Boateng said.

He added that the current Chief of staff, Julius Debrah, hails from Suhum also in the Akyem Abuakwa area.

The Eastern Region NDC Chair was speaking to journalists in Koforidua.
At a ceremony to mark the Okyenman Congress in Bunso in the Eastern Region, the Okyenhene said President Mahama?s refusal to include people from Akyem-Abuakwa was hindering the progress of the Akyem kingdom.

?We don’t have anybody who speaks for us in this government today. We don’t. [Professor Kwaku Danso Boafo, former Ghana ambassador to the UK] is a pure NDC member but as he sits here he is unemployed. If he had been given appointment I could have gone to him and asked for development but even he is unemployed.

?The prominent Akyem member today, he is without a job. Let’s look at this critically. A person of Kwaku’s calibre, why must he be sidelined by the president in his appointment?? the Okyenhene had said.

However, Bismark Tawiah Boateng thinks the Okyenhene must stop the unfounded criticisms.

He urged the Akyem- Abuakwa king to appreciate the kind gesture President Mahama has extended to his people by appointing prominent men and women to occupy higher positions in government. 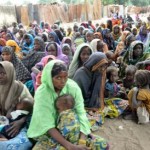