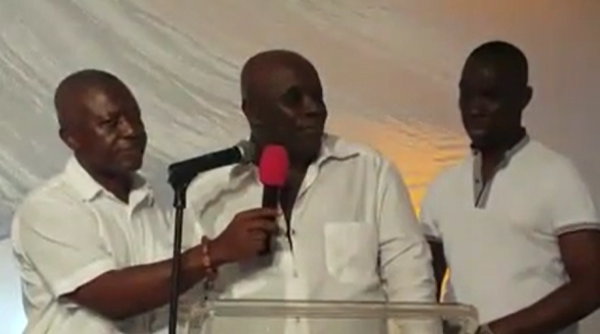 Ghana is a republic and the Merriam-Webster dictionary’s definition of a republic is – “a government having a chief of state who is not a monarch and who in modern times is usually a President”. The term ” republic ” comes from the Greek word politeia, which means the “right of citizens” ( it also comes from the Latin res publica, which means “public affairs”). A republic is a government system where the power rests with a nation’s citizens. Republics use elected officials to represent the will of their citizens within the government. They rely on a representational form of government (gathered from a little research).

I have raised this issue because of what happened between the NDC/ Kwame Zu and the Okyehene and his elders. I am a Royal myself and God willing, will occupy one of the revered stools in the country but at the same time a conservative when it comes to our Republican status issues. Our chiefs or traditional heads are the custodians of all our traditional values and very important in the society. Their power is more than informal one hence the need for us to respect traditional them. That notwithstanding, the constitution of the land places limitations on their activities and states the level they can operate up to. They cannot promulgate their own laws. The laws of the land shall forever remain supreme. There shouldn’t be anything like competition for power among politicians, traditional leaders and civil society heads if we are to successfully resuscitate social cohesion and nation building. The collapse of this agenda could lead to the sporadic eruption of tribal hatred and tension.

I don’t think the constitution of the republic gives traditional rulers the authority to ban citizens or political organizations from carrying out political activities in their communities (I stand to be corrected). It is wrong to insult or use unsavoury words when addressing a traditional leader or an elder and will never support that. But if a chief feels insulted, there are ways to handle it than banishing the offender or declaring him or her a persona non grata or, banning an organization he belongs to, from carrying out its activities in the community. The right to assemble is firmly stipulated in the constitution. I don’t know if the Palace wrote formally to the regional police command “not to allow the party carry out political activities within its jurisdiction”. We are where we are because of the active involvement of some of our traditional leaders in our politics. Despite having informal authority, our traditional rulers command respect among the people at times, even more than our politicians hence the need for them to measure their actions. If these issues are not handled well, they may trigger unnecessary tribal problems. That is not to say politicians should be allowed to pour out their hearts without weighing the negative consequences no no!. It is prudent that leaders in government, politicians in general, civil society etc, work together to unite the people from all walks of life, no matter their tribe, gender, ethnicity, religion or creed. What happened recently when our national house of chiefs issued a statement on the referendum, should tell you how polarised that powerful institution has become. One can easily tell or guess the political leanings of a chief based on his actions or utterances which is not good for this beautiful country.

The NDC leadership has shown the way. May be their friends on the other side will also lead their chairman to Togbe Afede’s palace with their Sheeps and schnapps to render an unqualified apology to him, his elders and the people.