Former Ghana’s High Commissioner to the United Kingdom, Prof. Kwaku Danso Boafo, who the Overlord of the Akyem Abuakwa State, Osagyefo Amoatia Ofori Panin recently cited as one of the prominent Akyems who have been sidelined by President Mahama , insists he has not told anyone he’s looking for a job.

According to him, after lecturing for over thirty years and holding public positions including Minister of Health, he doesn’t desire anymore appointments.

Osagyefo Amoatia Ofori Panin, while speaking at the Okyeman Congress at Bunso Saturday, accused President John Mahama of sidelining Akyems in his government.

He said some high profile persons from the Akyem area have been overlooked by the President in his appointments, a situation he contends is impeding development in the Akyem kingdom. “We don’t have anybody who speaks for us in this government today.We don’t.

“Kwaku, (a known NDC member in the area) is a pure NDC member, but as he sits here, he is unemployed. If he had been given an appointment, I could go to him and ask for development for our community. But even he is unemployed. The prominent Akyem NDC member today, he is without a job. Let’s look at this critically.

A person of Kwaku’s calibre, why must he be sidelined by the president in his appointment?” he wondered. He continued: “The only reason I can assign is sheer mischief. Let’s rally ourselves and look after one another as Akyems. If you find yourself in an establishment where you can employ people, consider Akyems if they are qualified. “When your akyem sisters are looking for jobs help them get some. When they make it, they can contribute to the progress of the Abuakwa state and the nation as a whole. We the Akyems can boast of human resources; 3 members of the Big Six who fought to liberate Ghana were Akyems” Okyehene noted.

But speaking to Kwaku Owusu Adjei, Prof. Kwaku Danso Boafo, stated that he prefers to put his expertise at the service of the ruling National Democratic Congress (NDC) party rather than holding any public office.

“All of us cannot be in government; some will have to be working at the party level, just as I’m happily doing now. I’m currently part of a team that is putting together the NDC manifesto for the upcoming general elections. I’m also busily putting together my memoir as well…I’m content with what I’m doing now.” 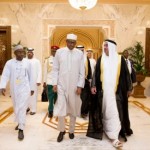