The Okyehene, Osagyefo Amoatia Ofori Panin has urged Ghanaians to back President John Mahama’s drive to transform the Ghanaian economy.

According to Osagyefo, the situation where some Ghanaians discredit government through the casting of aspersions and insinuations is inappropriate.

“We are all Ghanaians and one people, we should be law abiding and ensure that we do away with issues that will divide the country.

“We must all support President Mahama’s quest of transforming Ghana from its state to a better one,” he stated.

The Akyem-Abuakwa king advised Ghanaians to desist from attacking leadership with the use of insults when debating state and economic issues.

“The respect we don’t have for our leadership is very worrying. People wake up to insult the president, chiefs, MPs have with impunity. It is just unacceptable and the lord will not bless us for that,” he lamented.

Okyehene further saw the need for power in the country to be decentralized. He explained that decentralization leads to massive development in all spheres of a country’s economy.

The programme was attended by high profile government officials including Communications minister Dr. Edward Omane Boamah, who is also an indigenes of the area, and the Eastern Regional Minister. 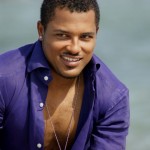