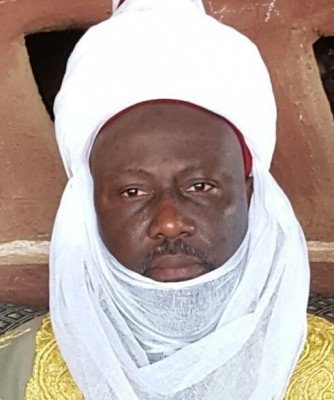 By Kingsley Fanwo
Saturday January 9, 2016 will go down memory lane as a day of cultural marriage between the people of Okuta and Kogi State as Senator Dino Melaye, Senator representing Kogi West in the Senate was turbaned the
Jarma of Okuta Kingdom by His Royal Highness Alh. Idris Serio Abubakar. Residents of the Okuta community trooped out in thousands to behold their Jarma. Also, hundreds of Kogi people travelled to the ancient town to honour the Kogi West Senator.

A number of Senators were also in attendance, among whom is Sen. Rafiu representing Kwara South in the Senate.

The Kogi delegation was led by a former Speaker of the State, Rt. Hon. Clarence Olafemi. Others are Pastor Femi Obalemo, Comrade Olu Majek and a host of others.

Addressing newsmen after the ceremonies, the Jarma of Okuta, Sen. Melaye thanked the traditional council and the people of the community for the confidence reposed in him, pledging to always be available to contribute his quotas to the development of Okuta. He said Okuta is now his second home.

Melaye called on the people of the state to always support their leader, Sen. Bukola Saraki, assuring Nigerians of the readiness of the National Assembly under Saraki’s leadership to redefine the nation.