The price of OPEC basket of thirteen crudes stood at $26.40 a barrel on Wednesday, compared with $25.11 the previous day, according to OPEC Secretariat calculations.

Meanwhile Russian officials have decided they should talk to Saudi Arabia and other OPEC countries about output cuts to bolster oil prices, the head of Russia’s pipeline monopoly said on Wednesday, remarks that helped spur a sharp rise in world prices, cnbc has reported.

Oil futures surged more than 5 percent after the comments by Nikolai Tokarev, head of oil pipeline monopoly Transneft, which gave the strongest hint yet of possible cooperation between the top non-OPEC oil producer and the cartel to try to reverse a record glut.

But there was still a long journey from starting discussions to actual cuts by Russian oil producers, with many of them saying reducing output was technically very difficult and could lead to Russia losing market share to its competitors.

Tokarev said oil executives and government officials meeting in Moscow on Tuesday had reached the conclusion that talks with OPEC were needed to shore up the oil price.

“At the meeting there was discussion in particular about the oil price and what steps we should take collectively to change the situation for the better, including negotiations within the framework of OPEC as a whole, and bilaterally,” Russian news agencies quoted Tokarev as saying.

“The main initiative is being shown by, of course, our Saudi partners. They are the main negotiators. That means that they are the ones we need to discuss this with first of all.”

He said output cuts would be on the agenda for talks with OPEC countries: “Yes, that is one of the levers or mechanisms that would allow us to in some way balance the oil price.”

An energy ministry representative confirmed to Reuters that possible coordination with OPEC had been discussed at the meeting, which the ministry hosted.

“The meeting participants discussed the possibility of coordination of actions with OPEC members amid unfavorable market conditions on the global oil market,” the Energy Ministry official said.

Oil prices have fallen from around $115 in the middle of 2014, causing problems for Russia’s cash-strapped budget and pushing the Russian economy into recession. Some members of the Organization of the Petroleum Exporting Countries want coordinated output cuts to push up the price, and they have been pressing Russia to play its part.

If discussions with OPEC begin in earnest, that would be a major reversal in Russia’s stance. Russian production reached a new post-Soviet high in December of 10.80 million barrels per day. That puts it on par with Saudi Arabia, OPEC’s biggest producer, which also pumps more than 10 million bpd.

OPEC, which collectively accounts for a third of global output, failed to agree any cuts at a meeting last month, with the Saudis apparently determined to maintain their market share and drive out high-cost producers in the United States.

Iran, previously kept from international markets by sanctions lifted this month, is also planning to increase its production rapidly into a world that produces 1.5 million barrels per day more than it consumes and has been running out of capacity to store it cheaply.

So far, within OPEC, only Algeria and Venezuela have clearly expressed support for a production cut.

However, Iraq, OPEC’s second biggest producer after Saudi Arabia, also showed signs on Wednesday of softening its stance. Finance Minister Hoshiyar Zebari told Reuters in an interview that Baghdad was ready to take part in an extraordinary OPEC meeting and even reduce its oil output if all OPEC members and non-OPEC producers agree.

“It’s interesting to see how the positions from both Russia and Iraq seem to be softening slightly – but I don’t think it means a thing because the Saudis continue to say that they will only take action with collaboration from Russia, Iraq and Iran,” said Societe Generale oil analyst Michael Wittner in New York.

Considerable obstacles remain to cutting Russian production. Speaking to Reuters before the meeting at the energy ministry took place, two senior officials said no groundwork had been laid for cooperating with OPEC on output.

“There are not any measures on possibly cutting production being discussed now,” said one of the officials, who spoke on condition of anonymity.

Another official, who spoke on condition of anonymity because of the sensitivity of the matter, echoed that. “It is impossible to coordinate the process and stop production in Russia,” the second source said.

A manager at a top-four Russian energy firm said coordinated cuts would not be welcomed by an industry that was fighting the possibility of declining production because of a rising tax burden and ageing fields.

“Russia has too much risk of seeing a natural decline anyway, without any agreed special steps,” the manager said, playing down the possibility of agreed action. Another oil company source said: “We’ve heard nothing of any specific actions.”

“Ultimately, if we want to see cuts, we have to see this driven by (President Vladimir) Putin. Or even (Rosneft boss) Igor Sechin, who is close to the inner circle. But, he’s been publicly emphatic that there will be no cuts.”

“Last year, the Saudis kept saying publicly and privately that they had asked the Russians to cut production in the run up to the November meeting. They decided they had no way to balance this on their own because Russia would just take their market share,” Croft said.

A spokesman for Lukoil, Russia’s No.2 oil producer whose vice-president said earlier this week that Moscow should start talking to OPEC, declined to comment.

A spokeswoman for Deputy Prime Minister Arkady Dvorkovich, in charge of the energy sector, also declined to comment.

Russia holds regular discussions with various countries, including oil-producing ones, on the situation on oil markets but there are no plans as of now for coordinated actions, the Kremlin’s spokesman said on Wednesday.

Source: Ghana/ClassFMonline.com/91.3fm with files from cnbc.com 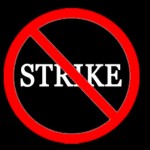