President Akufo-Addo has commended his Finance Minister, Ken Ofori Atta and expressed confidence in his ability to work out the finances of the economy and present better living conditions and opportunities for the Ghanaian populace.

Prior to the reading of the 2018 Budget on Wednesday, the President has hinted that provisions for several job openings have been made in the budget, considering the high rate of unemployment in the country; this according to him is part of efforts by his government to foster industrialization in the country and improve the economy, consequently reducing the woes of the ordinary Ghanaian.

Addressing traders at Abossey-Okai as part of his 3-day tour of the capital, President Akufo-Addo said “Next week, the Finance Minister will present the budget to Parliament and it will focus on job creation. The Finance Minister is a magician, he finds resources at places you never expect him to find”.

Finance Minister, Ken Ofori Atta is expected to present the budget statement for the year 2018 before the house in Parliament on Wednesday November 15, 2017.

The budget will be the second following the first; the maiden ‘Asempa Budget’ which was presented by the same, earlier this year.

The 2017 budget heralded the abolition and review of some 12 key taxes in the aviation, finance and real estate industries, aimed at providing a friendly environment for businesses in the country.

Most notably, taxes on head porters ‘Kayayei’, and duties on imported spare parts were abolished to the glee of stakeholders. 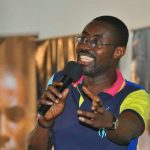