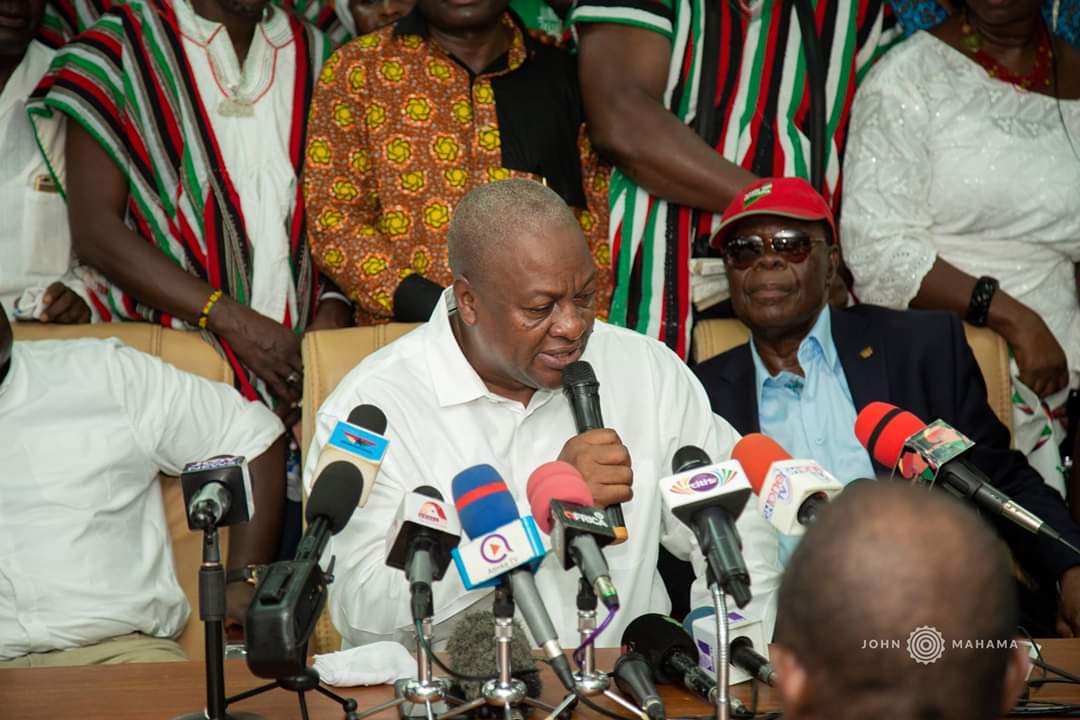 Mr Mahama, who is seeking to lead the National Democratic Congress (NDC) again in the 2020 general elections said the violence that resulted in gunshot injuries is a mark of the governing party’s desperation to hold on to power at all cost.

“NPP is taking this power as a matter of life and death. They said it already: ‘All die be die’. And they are acting out and living the reality of the ‘all die be die’,” he said in the Volta Region where he has gone to campaign ahead of presidential primaries on February 23.

The ‘all die be die’ comment was made in 2011 by Nana Addo Dankwa Akufo-Addo, then an opposition presidential candidate.

Although that comment has been condemned by some as inciting violence, the NPP has explained that it was made to get party supporters to be vigilant in the 2012 elections

The men, believed to be working for the governing party, are alleged to have fired gunshot and even slapped Ningo-Prampram NDC Legislator, Samuel George, who in a video, appeared to be questioning them.

The NDC reacted to the violence by withdrawing from the by-election, accusing the NPP and President Addo Dankwa Akufo-Addo of deliberately intimidating voters and their polling agents.R

Police have launched an investigation into the incident and have put the number of injured persons at six.

The police in a statement also dispelled rumours that there were fatalities.

The injured, according to police, are responding to treatment at Legon and 37 Military hospitals.

Reacting the violence, former President Mahama said the NDC will not “joke” in 2020.

“I am sounding a warning to the NPP: we are going to march them boot for boot. We respect the constitution of this country and the NDC is a democratic party and that is why we abide by the rules of the constitution.

“But the same constitution says that Ghanaians should resist anybody who attempts to subvert the Constitution. And when you go rampaging with forces and intimidating people when they should come and vote, you are subverting Ghana’s constitution. And we have a right to resist you,” he said.