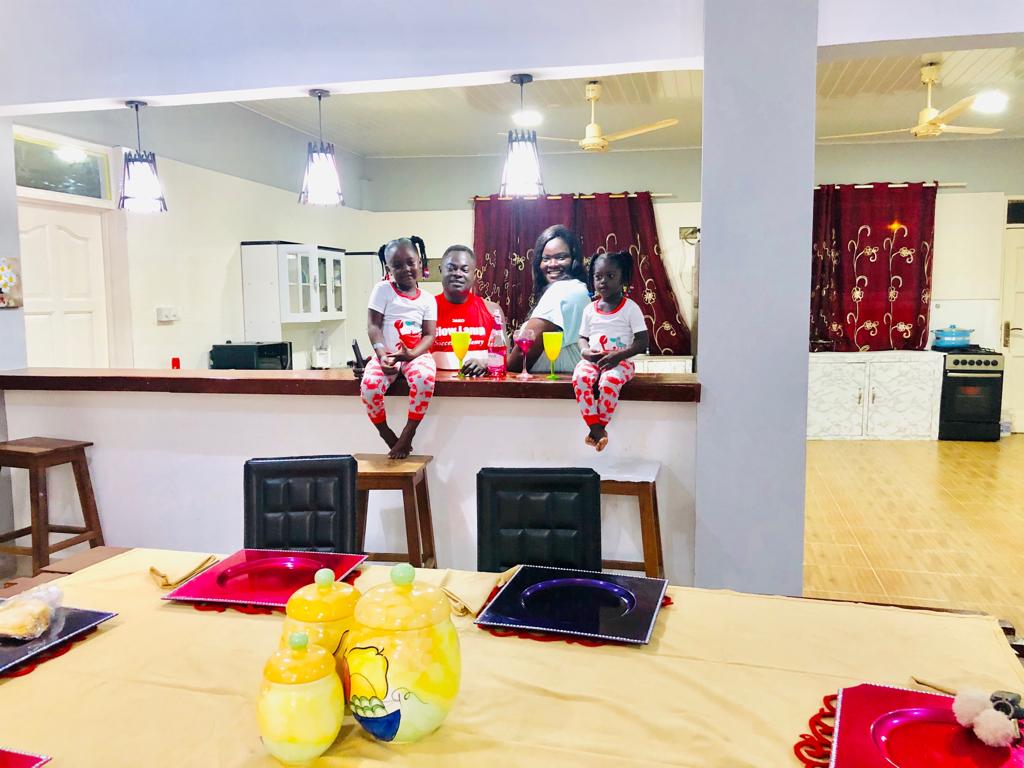 Ex-Ghana, Nii Odartey Lamptey has shared photos of her beautiful twin daughters who are growing too fast and from their looks there is no need to deny indeed the hitherto traumatized footballer is man enough, reports.

The two who bear the resemblance to their father, do not need any DNA to be classified as real daughters of the man who suffered a broken heart after it turned out that three children from his previous marriage turned out not to be his.

A school of thought had claimed the man was impotent for which reason the wife cheated on him to bring forth the three children from their 21-year-old marriage that hit the rocks.

It would be recalled that embattled wife of former Ghana and Anderlecht star Nii Odartey Lamptey, in 2017 lost the right to a portion of his estate and other landed property after a High Court ruling.

Gloria Appiah committed ‘adultery’ when after giving birth to three children out of wedlock dragged the former footballer to court demanding 50% of his entire property.ADVERTISEMENT

The court presided over Justice Cecilia Don-Chebe Agbevey in his ruling quashed the application of the complainant and directed that she vacates the 7-bedroom house of the defendant located at East Legon within 30 days.

DNA results revealed then 44-year-old never fathered any of his three children after 21-years of marriage in a chilling expose’ which marked a dramatic end to the relationship.

Lamptey has insisted he never asked his estranged wife to sleep with other men to get pregnant for him over claims he was ‘impotent’.

The ex-Ghana star gathered, went into another relationship and now has two children with movie star Ruweida Yakubu.