“… Any Ghanaian leader (or wannabe leader), who uses his liberty to bad-mouth Dr. Kwame Nkrumah…who does not with the same side of their mouth admit that the coup…was orchestrated by foreign governments serving their own permanent interests, who fails to inform Ghanaians…that the Ankrah-Kotoka-Afrifa-Harlley-Busia-NLC bunch lied to Ghanaians, that leader, that wannabe leader, is a dangerous, unbalanced African….(Prof Lungu, 20 Feb 16).

Yes, it was a sad day from where we sit!

It was a sad day 10 Feb 16 when we read Mr. Sydney Casely-Hayford’s article on Ghanaweb. Titled “Siding with our President”, that article was, in our humble opinion, a huge disservice to Occupy-Ghana and non-partisanship. More important, it was an unnecessary punch not only at the work, but also, at the memory of Dr. Kwame Nkrumah. Kwame Nkrumah, after all, still is the single most important individual directly responsible for the Unitary Ghana Mr. Sydney Casely-Hayford enjoys today, tethered to Occupy-Ghana as he always makes sure to remind us.

In short, how OccupyGhana’s Mr. Sydney “Aha a y? din papa” Casely-Hayford could in good conscience and balanced intellectual panache drag Dr. Kwame Nkrumah into his essay is totally beyond us.

It was disappointing, to say the least!

Fact is, we used to think that OccupyGhana and Mr. Casely-Hayford were above “dead” partisanship. After all, Occupy Wall Street/USA, from whence we presume “OccupyGhana” borrowed their name, have never wasted their time and energy bashing Thomas Jefferson, Abraham Lincoln, or Benjamin Franklin, for that matter.

In short, we were misinformed!

Or, we simply assumed too much introspection and generosity on the part of Mr. Sydney Casely-Hayford.

And so, we had the misfortune of reading his regurgitation of 1966-era coup-plotters’ fabrications, smears, and lies. You know, the same fabrications, smears, lies, and excuses long debunked by facts in international development records, and verifiable, hard-nosed, diplomatic history long ago in the public domain.

Did Mr. Sydney Casely-Hayford, our latter day Kwame Nkrumah basher, hear General Ankrah, Kotoka, Harlley, Afrifa, and the “rascal” civilians who over threw Nkrumah, did he hear them inform Ghanaians they were sponsored and directed by the CIA to over throw Nkrumah in 1966?

To the very end of his meandering and at times confusing essay, “Aha a y? din papa” Casely-Hayford only succeeded in regurgitating half-truths and lies. It is a version of history the NLC (Nonentities, Liar, and Crooks) and their rascal civilian handlers (foreign and domestic) fooled Ghanaians and an absented-minded world into believing in 1966.

Kwame Nkrumah has not been responsible for the development of Ghana in 50 years, for two generations, and counting.

Or, is “Aha a y? din papa” Casely-Hayford so traumatized by the policies and record of contemporary Ghanaian politicians that he’s lost track of time, hence the “confused” essay we read the other day, with its Mahama-beaming ingratiating twerks?

READ:
“But I agree wholeheartedly with our President when he claims that just like Kwame Nkrumah who spent all our money building infrastructure and investing in useless edifices and factories, which we had to leave to rot because he did not see that the source of raw material input needed to be developed in tandem with infrastructure and couldn’t see that private enterprise in the end trumps central control and resource manipulation, failed with a bankrupt Ghana and a ruined economy”

WE SAY: What in the hell is Mr. Casely-Hayford trying to communicate, beyond that apparent visceral hatred of Dr. Kwame Nkrumah?

That 80-word paragraph does not jive!

It does not make sense!

Even so, the biggest problem with Mr. Casely-Hayford’s article was his avoidance of elementary data to speak to the charges he leveled against Dr. Nkrumah.

For instance, today, every learned village idiot recognizes that there are irrefutable records that show that Nkrumah’s democratically elected government was overthrown directly by the hands of the Central Intelligence Agency (CIA). They know that Ankrah, Afrifa, Kotoka, and the rest of the traitors (“rascal” Busia included), were all manipulated into fronting the overthrow. They know that the overthrow was directly a US/Western foreign policy goal achieved without regard to the interest of Ghanaians not fooled by imported “sardines, corned beef and ice cream” missing from the shelves of urban food stores in the run up to the overthrow.

So, this, we will say today, 50 years after the overthrow of Kwame Nkrumah:

Any Ghanaian leader, or wannabe leader, who uses his liberty to bad-mouth Dr. Kwame Nkrumah for his policy failures, who does not with the same side of their mouth admit that the coup that overthrew Dr. Kwame Nkrumah was orchestrated by foreign governments serving their own permanent interests, who fails to inform Ghanaians (the young ones, especially), that the Ankrah-Kotoka-Afrifa-Harlley-Busia-NLC bunch lied to Ghanaians, that leader, that wannabe leader, is a dangerous, unbalanced African who does not truly believe in the capability of Ghanaians and Africans to manage their own affairs.

So, the question still remains: Did Ankrah, Afrifa, Kotoka, Harlley, “rascal” Busia, and the rest of the traitors communicate to Ghanaians in 1966 that the CIA and other foreign governments were in fact the sponsors and dictators behind the 24 February, 1966, coup d’état that toppled Kwame Nkrumah’s CPP government?

Maybe Mr. Sydney “Aha a y? din papa” Casely-Hayford will come back and explain to Ghanaians, including the young ones, exactly how, why, and under what conditions Kwame Nkrumah was “escorted off the scene” that day in 1966.

Then, when Mr. “Aha a y? din papa” Casely-Hayford is done, maybe he will also entertain us by explaining how a country experiencing economic difficulties in the 1960s, much of it manipulated and created by foreign governments frowning on the independence of Africans, why those same Africans must today fault the African government they had freely elected, when they was no road map for the Africans worth a “penny”.

In 2016, 50 years since the overthrow, won’t you tell us, Mr. Sidney “Aha a y? din papa” Casely-Hayford, how much all that Unitary Ghana (and then some), is worth to you, and Mr. Mahama, on your side?

©Prof Lungu is Ghana-Centered/Ghana-Proud.
@professorlungu – Twitter
Prof Lungu is based in Washington DC, USA.
Subj: OccupyGhana’s Casely-Hayford Bashes Kwame Nkrumah So He Can Side With Mr. Mahama?
Brought to you courtesy www.GhanaHero.com©21 February, 2016. 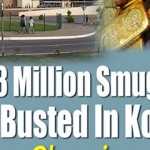