Describing the said contract as “a palpable lie”, Mr Woyome descended heavily on pressure group OccupyGhana, accusing members of an agenda since 2013 to witch-hunt him.

The group on Thursday claimed it has discovered a “sweatheart deal” between the government of Ghana and Anator Holdings Company, said to be owned by Mr Woyome.

OccupyGhana said it was “shocked, outraged and appalled to discover that while the nation is still reeling from the effect of the Alfred Woyome judgment debt scandal, and the stalled and hesitant attempts by the Attorney-General to execute the judgment of the Supreme Court, the Government of Ghana has, on the blind side of Ghanaians, entered into a ‘confidential’ and potentially lucrative agreement with Woyome, acting through one of his companies, Anator Holding Company Limited”.

But in an exclusive interview with TV3’s Paa Kwesi Asare on Friday, November 25, Mr Woyome said, “Some people there are just deceiving [journalists]. They are not occupying Ghana, they should occupy their own minds and occupy their own hearts”. 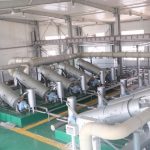 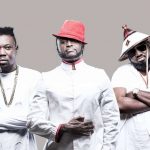