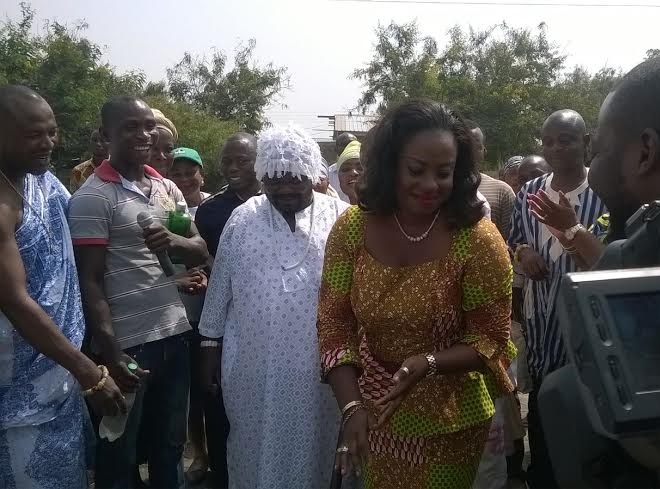 Ghana has been ranked second after Sudan in Africa for open defecation, with 19 percent of its population resorting to the sanitation practice deemed the riskiest of all.

The country has been performing abysmally with sanitation coverage of only 15 percent, making the practice of open defecation a key sanitation challenge because people do not have access to key basic facilities.

The practice does not only cost the country $79million a year but also poses the greatest danger to human health and can have fatal consequences, particularly for the most vulnerable, including young children.

President of the Obuobia Foundation, Madam Obuobia Darko- Opoku commenting on the project said the facility will aid in curbing the numerous communicable diseases that emanates from open defecation.

She has therefore implored on the citizenry to ensure a healthy environment. She was thankful to the queen mother of the area for demarcating a land for such a project.

On his part, The Chief Executive Officer of African Toilet Foundation, Thomas Morgan Akwaah noted that the ultra-modern facility is designed to ensure that persons with disability could also use it.