The former Executive Director of the National Service Secretariat, Dr. Michael Kpessah Whyte, has said that the introduction of the insurance package for National Service personnel is purely an attempt to enrich some persons fraudulently.

The NSS announced the insurance package, which will see a monthly deduction of GH¢ 15 from the meager allowances of service personnel, some whom have since expressed displeasure that it was launched without due consultation.

According to Dr. Kpessah Whyte, who was speaking on Eyewitness News, the motives behind the sudden introduction of the insurance policy by the current management of the NSS were unclear, suggesting that it was certainly not for the benefit of the service personnel.

“We have several insurance companies in this country and that presupposes that insurance is good. In insurance studies, we actually say insurance is a necessary evil. It is a very good thing, but insurance has to be bought only when it solves particular risks or addresses particular contingencies. To that extent, what the National Service Management is doing which the greatest respect to them, is not solving any problem. In other words, they are not clear on what they want to do and the problem they want to address with this policy,” he noted.

Speaking on the Point Blank segment of Eyewitness News on Friday, he argued that while insurance in general is a positive thing, NSS personnel do not face the kind of risks which necessitates such a policy for the already poorly paid personnel.

“National Service personnel are not posted to Afghanistan, Iraq, Sudan or any of the conflict-prone areas. They are posted to Ghanaian public and private institutions…The policy looks good on paper, but the reality is such a claim needs to be backed by data.”

“In the two years I was at the Scheme, matters relating to deaths were about two or three and matters relating to accidents were about three or four. Out of about 80, 000 personnel, if within two years you have two deaths which were not because of service, why would we think that there is such a risk to impose 15 cedis a month on each of them every year gathering a whooping 15 million cedis to an insurance company. It’s a case of daylight robbery unfortunately,” he said

The NSS partnered with MTN and Glico Life Insurance, earlier this week, to launch the life insurance cover for the over 90,000 personnel.

This compulsory insurance package spearheaded by various insurance companies, is expected to pay claims to service personnel who get involved in accidents in their line of duty.

The claims vary from GHC15,000 in cases of death or incapacitation, and gh3,000 for cases of temporary disability.

As part of the insurance package, National Service personnel are entitled to a GHc 500 loan which is payable within six months.

However, Dr. Kpessah Whyte alleged that, the policy might have been put in place as a way to service debts the governing New Patriotic Party had incurred during the campaign ahead of the elections in 2016.

He stated that, recent claims by a senior member of the party had suggested that, the head of Glico Life Insurance, who had allegedly financed the NPP’s campaign, had not yet been “settled”, and that the insurance policy was a scheme to pay back those debts “on the back of national service personnel, perhaps the lowest paid category of people in this country.”

“I really don’t think that this policy is being put in place to address the problems of National Service personnel. A few days ago, a senior member of the NPP on one of the TV stations said that there is a particular man who had brought in 1 million cedis to support their campaign and that man has not been sorted out yet. Google GLICO insurance and check who the owner is. This suggests that we have a problem and we need to address it frontally,” he said. 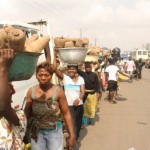 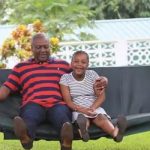